Both deer and moose are ungulates (hoofed mammals). These mammalians are herbivorous (plant eating) and mostly herd living. Since, both deer and moose havMove to Trashe even numbered toes in a foot, they were classified in the Order: Artiodactyla. There are many species of deer whereas moose is classified as a species of deer. Moose is the largest member, in terms of body size, of all the deer species. They being susceptible for hunting in many countries for both meat and sport, most of the deer species are either critically endangered, or endangered, or vulnerable according to IUCN (The World Conservation Union) red list (IUCN, 2011).

Deer are of many species with several genera (e.g. Muntiacus, Elaphodus, Dama, Axis, Rucervus, Cervus…etc). They are distributed through all the continents. The body weights differ in a large spectrum, from 10 to 250 kilograms. Usually, they are herbivorous browsers and also select their feed to be more nutritious. Deer are ruminants, i.e. they have a four-chambered stomach to let the food to go through a thorough process of digestion and absorption of nutrients. They live in herds and browse together, so that they’ll know when there is a predator around. Only the mother gives parental care and mostly one or two fawns are given birth in a season. Most of the deer antlers are long, forked, curved, and pointed. These are very important in fighting and show-off features of males. Deer are useful in many human activities including in game and meat hunting, indigenous medicine, farming…etc.

Moose was originally described as a single species with two subspecies by Linnaeus in 1758 and Clinton in 1822. However, Wilson and Reeder (2005) stated that they are two distinct species, Moose (Alces americanus) and Siberian Elk (Alces alces). They are naturally distributed in North America, Asia, and sometimes Europe. A moose is tall and the shoulder height stands between 1.8 and 2.1 metres when they are fully grown. The males grow larger (400 – 700 kilograms) than females (250 – 350 kilograms). More than 1.5 metres long antlers make the males look even bigger. Antlers are covered with a furry skin, velvet. And the projecting beams of the antlers are blunt and connected with a continuous and flattened board, which is also covered by the velvet. The moose are herbivorous and prefer many types of plant and fruits, taking more than 30 kg of feed a day. They are also ruminants as other deer species. Moose live in herds and mostly active in the daytime, diurnal. Sexual maturity occurs around one year after birth and both male and the female call with loud grunts in Fall season for mating. The males mate with many females, polygamous. A moose lives up to 20 years and longevity mostly depends on the predator density and the denseness of trees in forests.

Belonging in the same group in scientific classification (Family: Cervidae) and the body form along with their social habits and food habits, moose and deer share same role in the ecosystems. Being the largest body-sized member of the deer family, moose is much different from other deer. Also, the unique shape of antlers serves the other major distinction between moose and deer. The deer have always been a significant part of the human culture and economy. 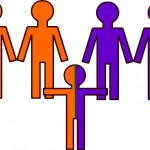 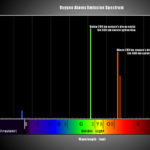 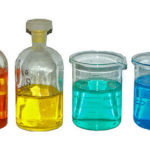