Cream is a versatile byproduct of milk that is used in confectionary and cooking. It has a thicker consistency than milk because of higher fat content and can be easily skimmed off by rotating fresh milk in a mixer. Double cream is a term that is used to refer to a quality of cream having a high fat content. There is another term whipping cream that is used by some manufacturers, to refer to a quality of cream that is very similar to double cream. However, despite similarities, there are differences that will be talked about in this article.

In Australia, Double Cream is a term used to refer to a cream containing more than 48% of fat. This is a very thick cream that is also available in the markets in UK. It is very easy to whip and can be used for decoration of puddings and cakes. Piping becomes easy with Double Cream. Even in Germany, Switzerland, France, and Italy, Double cream is a term used by the manufacturers, to refer to a cream with at least 45% of fat content. Double cream can be boiled without getting separated which is why it can be used in cooking. However, double cream poses problems when whipping as over whipping can make the grains to appear which means the cream is separating. This can be prevented if a few spoons of milk are added to the cream before whipping it.

This is lighter than double cream but still a heavy cream as it contains around 35% of fat. The reason it is called whipping cream is because it whips easily and beautifully. At some places, it is also referred to as pouring cream as it pours off the carton despite having a thick consistency. It is also considered healthier than double cream as it has lower fat content without losing its smoothness. Those who consider double cream as being fatty have the satisfaction of using a healthier cream when they pour whipping cream over desserts or porridge. One can whip this cream and pour it over soups, custards, and quiches. It has an airy texture once it has been whipped, so it makes for an ideal filling inside pastries and cakes. Whipping cream contains stabilizers to allow it to hold its shape after whipping.

What is the difference between Double Cream and Whipping Cream?

• Whipping cream is so called because it can be whipped easily.

• Whipping cream can be easily poured, but double cream does not pour easily.

• Whipping cream is the term used more commonly in Europe, whereas it is light whipping cream that is used in US.

Difference Between Jam and Marmalade 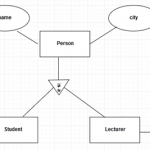 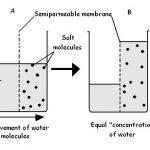 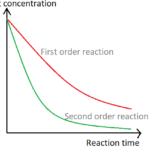