Engineering is both a field of study as well as application of knowledge (scientific) to create or produce something such as products and something structural. If some principles and methods of a science subject such as Nuclear Physics are used to make a structure such as a Nuclear reactor, the reactor would be called an example of engineering.

Technology is also an application of knowledge gained through science and engineering fields to make or produce complex structures. Examples of technology would be parts of latest appliances and complex applications.

Thus it is clear that engineering is a discipline of study that imparts scientific knowledge of designing and building structures, machines, materials, systems and processes as well as application of this knowledge for production of all such categories. When we use the word engineering college, we mean a place where different streams of engineering are taught to students who later qualify to work as engineers in different sectors of economy.

The word technology is commonly used in processes where our knowledge of science and engineering is used to control and adapt to our environments. The term technology was first used to describe the ability of human beings to convert natural resources into tools for use.

Difference Between MSc and MEng 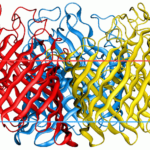