Euglena and Paramecium are two of the well-studied unicellular organisms. They mainly differ from each other in their body organizations, feeding modes, locomotion methods, and some other aspects. The particulars are presented in this article with emphasis about the most interesting differences between Euglena and Paramecium.

Euglena is the name of a unicellular flagellate genus of the Phylum: Euglenozoa. There are more than 800 species described under 44 genera in this phylum. Some Euglena species live in freshwater while others in saltwater, but some species can be found in a variety of saline concentrations. Euglena is an interesting organism since it shows the characteristics of both animals and plants. The presence of chloroplasts makes them autotrophs, i.e. they can produce their own food through photosynthesis. However, their ability to feed on external food particles makes them heterotrophs.

The Pyrenoids in the chloroplasts store energy as starch, which enables Euglena to survive without light and food for periods. The presence of pyrenoids is a great identification feature of Euglena as other genera of the phylum do not have this particular energy storing system. There is a red colour organelle known as eyespot made up of carotenoid pigments, which is useful to filter light for the photo detecting paraflagella body at the base of the flagellum. That means the eyespot is helpful for Euglena to move towards light. There is no cell wall in Euglena, but the protein-made pellicle gives  both the protection and flexibility to move in the water column. However, it has the incredible ability to survive harsh droughts with the formation of protective wall around the cell in dry periods.

Paramecium is a well-known and well-studied protozoan. This unicellular creature has a characteristic body cover with cilia; hence, they are categorized as ciliates. Paramecium is the scientific, generic name, and it is used as the common name, as well. Paramecium is well known for its characteristic shape that resembles the sole of a shoe, which is anteriorly rounded and posteriorly pointed. The stiff but elastic pellicle membrane maintains this definite shape of paramecium. Paramecium can move through the water body by moving its cilia to a beat along a 120­0 angle. The main food items of paramecium are bacteria, algae, and yeast cells. They are very important ecological units, especially their symbiotic relationship with some bacteria. Paramecium is a predatory microorganism found in the freshwaters. They have a mouth in their cell; their cilia are used to sweep up the food along with some water into their cell mouth, and then the food is transferred into the oral groove. Paramecium shows sexual reproduction through conjugation to exchange their genetic material. Paramecium could be a great example of a sophisticated microorganism with some important characteristics.

What is the difference between Euglena and Paramecium?

• Euglena is a flagellate while Paramecium is a ciliate.

• Euglena has chloroplasts but not Paramecium does.

• Euglena can survive long droughts without water or light, but Paramecium cannot.

• Pellicle in Euglena enables them the flexibility, but there is no pellicle in Paramecium. 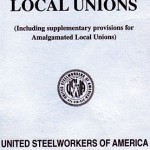 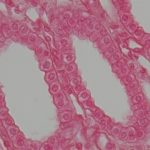