Anthropogenic activities have disturbed the environmental balance. Their activities cause water, soil and air pollution, affecting different levels of the biosphere. Excessive release of fertilizers, sewage and waste effluents is one of the main factors that pollute water bodies, which lead to eutrophication. Eutrophication is the excessive growth of algae in water bodies. And, this algal masses or bloom of phytoplankton are called algal blooms. Eutrophic water bodies turn into green colour due to algal blooms. Moreover, the rapid growth of algae negatively affects all other aquatic organisms.

Eutrophication is a process which occurs due to the excessive release of nutrients into water bodies. Nutrient enrichment develops due to excessive release of fertilizers including nitrates and phosphates, industrial and domestic sewage effluents, detergents etc. This leads to the uncontrollable growth of algae (algal bloom), which is the starting point for different harmful phenomena. The excessive growth of algae blocks the penetration of sunlight into the bottom of the water body causing the death of different aquatic plants including algae due to insufficient sunlight for photosynthesis. Microorganisms start to decompose dead plant materials in the water body. During decomposition, toxic gasses and materials accumulate in the water, causing water pollution. 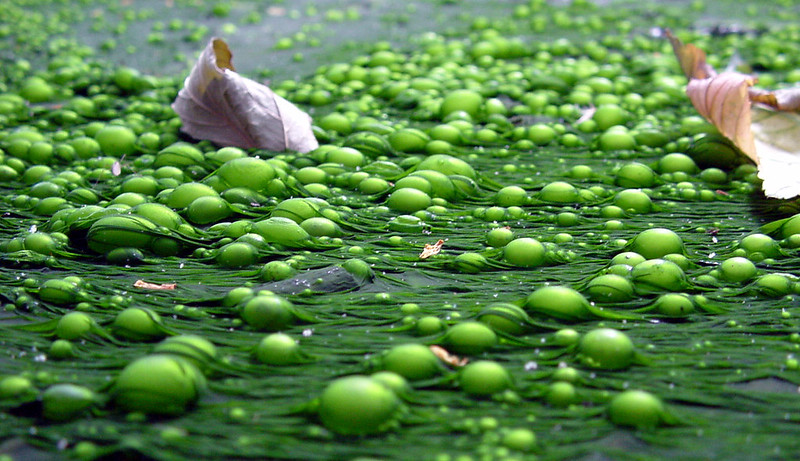 In addition to these, the other animals including humans that interact with eutrophic water bodies are also negatively affected. Moreover, eutrophication also leads to the decrement of the aesthetic value of a water body.

What is an Algal Bloom?

Algal bloom is a rapid growth of cyanobacteria and microscopic algae in a water body due to eutrophication. In fact, this is the condition where there is a great increase or bloom of phytoplankton in the water body. Algal bloom comprises mainly of microscopic, unicellular alga. Due to algal blooms, the water appears in green colour. Algal blooms block the penetration of sunlight to the bottom of the water bodies. This leads to the death of different plants, including algae due to insufficient sunlight for photosynthesis. 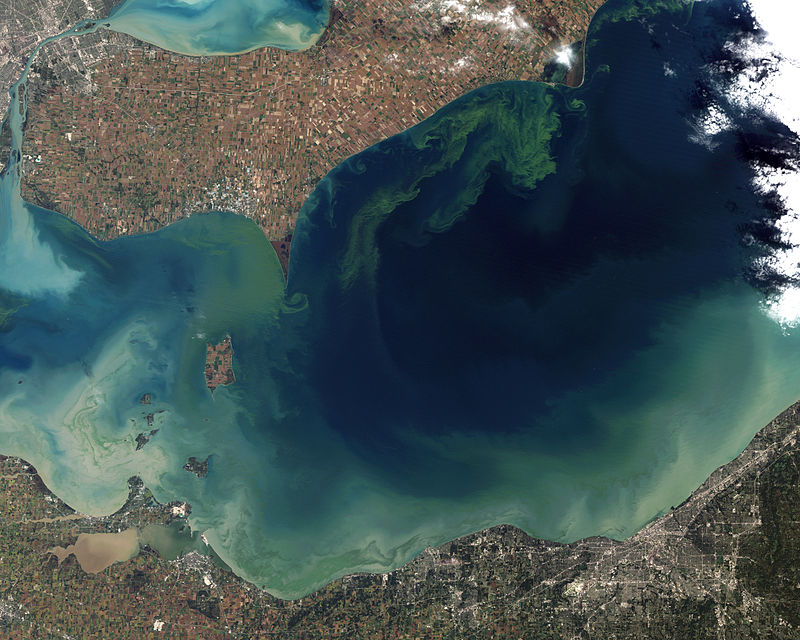 Ultimately, microorganisms act on the dead organic matter in the water body and thus, the biological oxygen demand increases. Furthermore, during the microbial decomposition, different toxic material such as gasses are released into the environment.

What are the Similarities Between Eutrophication and Algal Bloom?

What is the Difference Between Eutrophication and Algal Bloom?

The following table summarizes the difference between eutrophication and algal bloom. 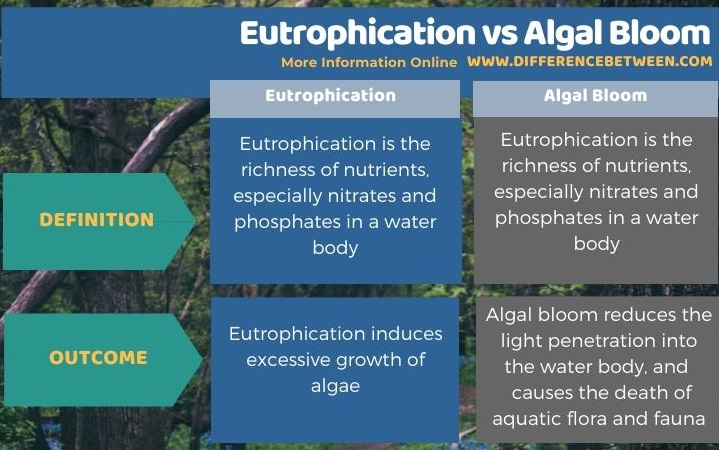 Eutrophication is the accumulation of high concentration of nutrients in a water body, especially nitrates and phosphates, received from the runoff water of agricultural lands. It causes algal blooms. Algal blooms are the large quantities of microscopic algae and cyanobacteria rapidly grown in water bodies. So, this summarizes the difference between eutrophication and algal bloom.

Difference Between Lichen and Mycorrhizae 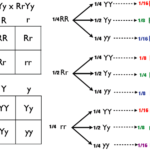