There are many applications of fluorophores due to its ability to re-emit light upon excitations that occur due to a light source. Some applications include using as a dye or staining agent, as a substrate for enzymes, as a tracer in fluids, etc.

A fluorophore is a fluorescent chemical compound that can re-emit light upon excitations that occur due to a light source. These compounds get this property due to the presence of several aromatic groups, which are combined with each other or planar/cyclic molecules with several pi bonds (double bonds). These compounds can absorb light energy (of a certain wavelength) and can re-emit this energy as a longer wavelength.

The wavelengths that are absorbed by these compounds depends on the chemical structure of the fluorophore. Usually, these compounds are small, organic compounds, but there can be larger compounds as well. Ex: proteins like green florescent protein. 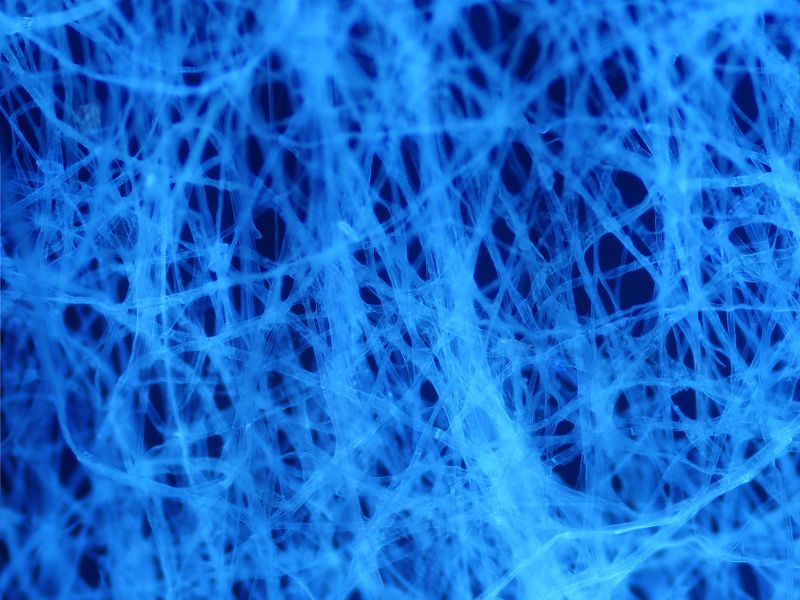 Some common examples for fluorophores are as follows:

Chromophore is a part of a molecule, which is responsible for the color of that molecule. This region of molecules has an energy difference between two separate molecular orbitals which falls within the wavelength range of the visible spectrum. Then, when visible light hits this region, it absorbs the light. This causes the excitations of electrons from a ground state to an excited state. Therefore the color that we see is the color that is not absorbed by the chromophore.

What is the Difference Between Fluorophore and Chromophore?

A fluorophore is a fluorescent chemical compound that can re-emit light upon excitations that occur due to a light source. Chromophore is a part of a molecule that is responsible for the color of that molecule. This is the main difference between fluorophore and chromophore. 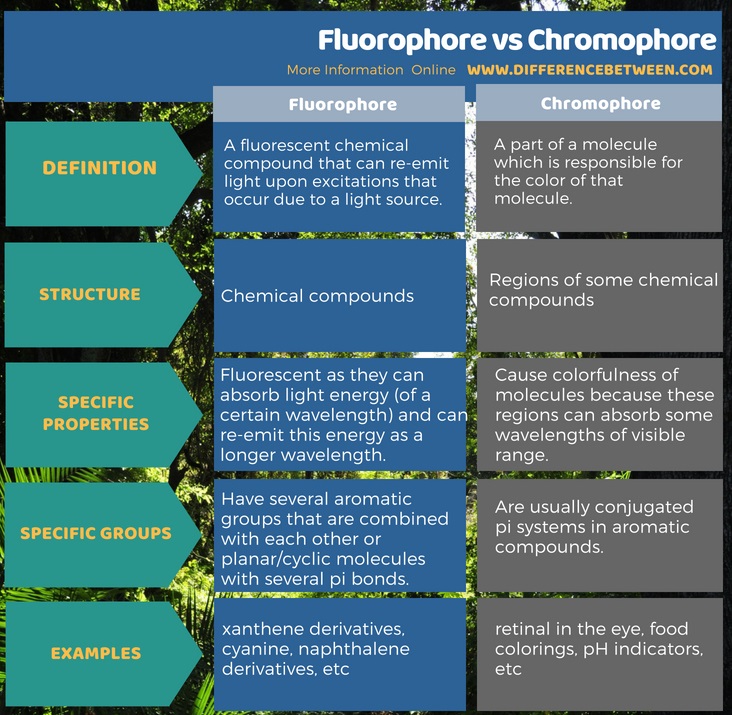 Difference Between Chelate and Macrocyclic Ligands