Home / Business / Economics / Difference Between GDP and GDP per Capita

GDP vs GDP per Capita

GDP and GDP per Capita are two of the measures that spell the economic state of a country. Gross Domestic Product (GDP) is a criterion of judging the health of the economy of a nation. It represents the total value of goods and services produced over a specific period of time in terms of dollars. GDP can be taken as a measure of the size of an economy. Normally GDP is expressed in terms of its growth over previous year. For example if the GDP this year is up by 5% in comparison to last year, it can be said that the economy has grown by 5%. The measurement of GDP is not easy but for a layman, it can be understood as the sum of what everyone in the country earned {income approach. Also called GDP (I)}, or by adding up what everyone spent {expenditure approach, also called GDP (E)}. As can be seen, either way, GDP represents the growth or economic production of a country.

Countries can be compared in terms of GDP per capita in a better way if one is interested in knowing the standard of living and well being of the citizens of a country. So, though India has been recording a very impressive growth in its GDP over the last so many years is still a growing economy, notwithstanding the size of its economy, which is the 11th largest in the world. Thus when one compares economies on the basis of GDP per capita, Luxemburg seems to be the richest nation in the world with a figure of USD 95000, India which is ranked 11th in the GDP list occupies a lowly 143rd place, and China, which is supposedly the largest economy in the world gets a poor 98 rank.

It is therefore clear that though GDP is a good measure of the state of an economy, it does not reflect the standard of living of the population for which GDP per capita is the better indicator. 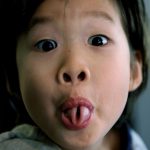 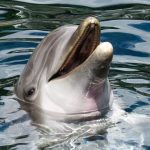