Home / Technology / IT / Programming / Difference Between Hashtable and Hashmap

In the field of computer science, the hashtable can be defined as the data structure, which has the ability to store the large data containing certain values, also named as keys. During the storing of these keys, they have to be paired with another list, known as the array. This entire pairing of keys with arrays is completed by using the hash functions.

The main purpose of these hash functions is to connect each of the assigned keys to its corresponding and matching value in the array. This process is known as hashing. And this is usually done after properly and completely formatting the hashtable, so that no irregular problems might come out during its working.

The complete and efficient working of the hashtable depends upon the efficiently designed and formatted hash functions. Usually an efficient hash function provides the complete check up on the keys and on the distribution in the list of array. Sometimes during the working of hash functions, hash collision might occur. The reason for this collision is the occurrence of two difference keys corresponding to the same value present in the array.

To solve this collision problem, the hash functions usually re-execute the complete data structure to find some different corresponding values for the same keys. Although the hashtable keys are fixed in number, but still the duplicate keys could also become the reason of such hash collisions.

Although the hashtable and the hashmap are names given to the same data structure because their purpose of structuring is the same, but still there is a minute difference from which these can be easily classified. When talking about the hash functions and the hash collisions, then the hashmap also observes the similar things as that of the hashtable. Similarly, the values and keys present in the data structure are not serialized like that of the hashtable, where these values are serialized. 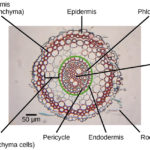 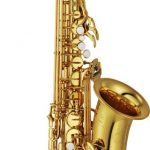