What is a Highway? 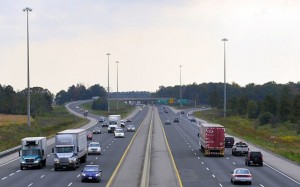 What is a Freeway?

Freeway can be considered as a toll-free express highway. You can travel with high speeds in a freeway, as long as it is under the speed limit allowed. Moreover, freeways seldom pass through crowded places. So, if you are travelling to a long distance, choose a freeway. Also, a freeway does not have intersections in between. Therefore, a freeway is bereft of crowded nature due to the absence of intersections. Tollgates are not generally seen in a freeway; in other words, it is a toll-free highway. As there are no intersections and tollgates in a freeway, you will not see any traffic signals too. Hence, it is understood that the journey in a freeway is generally not impeded and is continuous. This may be one of the reasons of preference of freeway to highway. One of the primary reasons of the lack of crowd in freeway is that it is often characterized by the presence of up to 6 lanes all through. When the traffic is divided into 6 lanes the speed of each vehicle increases and everyone has space to reach their destinations without waiting in traffic.

What is the difference between Highway and Freeway?

• Highway connects two major cities and is normally crowded. The intersections in a highway are the primary cause for the crowded nature of the path.

• Freeways are not much crowded as highways.

• Travelling with a high speed is possible in a freeway, but in a highway, you have to limit your speed.

• Toll gates are present when travelling in a highway. Such is not the case with a freeway.

• Freeways have lanes up to 6 all through. Highways, on the contrary, have lanes anywhere between 2 to 4 all through. This is one of the major differences between a highway and a freeway.

• In short, a freeway can be considered as a toll-free express highway.

Difference Between Road and Street 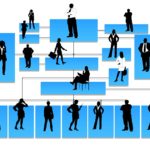