Google caught the whole smartphone market on fire by introducing LG Google Nexus 4 last month, offering at an amazingly low price point. This price point made the ardent smartphone users delighted, and Google ran out of stock for all the Nexus 4 in all the countries it was available within two hours’ time. The current shortage of stocks emphasizes that even Google wasn’t expecting that much of a market for Nexus 4. Some were even frustrated about not been able to lay hands on this wonderful and cheap smartphone because of the stock outage. All this happened on the 13th of November when Google made it available on their play store, and subsequently after a few days, HTC also announced one of their flagship devices known as Droid DNA. This essentially has hardware similar to that of LG Google Nexus 4 and some added perks like 1080p full HD screen and 4G LTE. Because of this similarity, we couldn’t resist but to compare these two top of the line smartphones from two competing manufacturers tied by the same operating system. We will carry out an extensive review on both smartphones and give our verdict on each of them.

According to Google’s new naming convention, Google Nexus 4 by LG comes with a display that falls in the 4 inch range. To be precise, it’s 4.7 inch True HD IPS Plus Capacitive touchscreen display featuring a resolution of 1280 x 768 pixels at a pixel density of 318ppi. It looks almost the same as its predecessor Samsung Galaxy Nexus while Nexus 4 has introduced a black frame surrounding the display. The back plate of Nexus 4 seems to be made of toughened glass, which has an attractive pattern hidden below its surface. Unlike its predecessor, Nexus 4 has a flat display panel although it does compromise around the frame in order to facilitate the prominent gestures used in Android.

As we have mentioned, Google claims that Nexus 4 has the best processor in the smartphone market. First off, we know better not to contradict Google, and second off, given the specifications of the smartphone, that is something we can’t deny. LG Google Nexus 4 is powered by 1.5GHz Krait Quad Core processor on top of Qualcomm APQ8064 Snapdragon S4 Pro chipset along with Adreno 320 GPU and 2GB of RAM. This is undoubtedly the best configuration that we can find in a smartphone nowadays, and benchmarking tests will confirm Google’s claims. There are two storage versions ranging from 8GB to 16GB while providing no support for expansion using microSD cards. This might be a turn off for some high end customers who are used to keep a lot of media content in their smartphones, but hey, 16GB is a fair amount to be used.

The operating system used is Android 4.2, which is still called Jelly Bean. However, there seem to have many new features that have been added to v4.2 so you will crave for the update. What’s more, as usual, Nexus 4 comes in Vanilla Android OS which is great news for ardent Android fans. The camera is at 8MP which has become the norm among the smartphones in this range. However, some new features including Photo Sphere, which is a 360 degree panorama, are included with the new operating system. The front facing camera is 1.3MP, and you can use it for video conferencing. The rear camera has LED flash and enables you to capture 1080p HD videos at a frame rate of 30 frames per second. LG Google Nexus 4 comes with a juicy battery of 2100mAh, which is going to last a full day at the most astringent conditions. The 8GB version is priced at £239, and the 16GB version is priced at £279, and released to the market from 13th November 2012. Right now, the availability is restricted to Australia, France, Germany, Spain, Canada, UK and USA, but Google promises that it would be ubiquitous by the end of November.

A Brief Comparison Between HTC Droid DNA and Google Nexus 4

HTC Droid DNA and Google Nexus 4 can be considered as the pinnacle of designs for respective companies. They represent the high end market with the best known raw configurations in any smartphone. HTC Droid DNA goes one step beyond Nexus 4 and introduces 1080p full HD display panel, as well. It also comes with super-fast 4G LTE connectivity while Google Nexus 4 offers dual carrier HSDPA which can give you speeds up to 42Mbps compared to the 100Mbps range of Droid DNA. Taking these facts in to consideration, you may jump to the conclusion than HTC Droid DNA is obviously better than Nexus 4. However, there is another important factor we need to take in to consideration. Google Nexus 4 is offered at a price point of $349 for the 16GB version while HTC Droid DNA will be available from Verizon for $199 on 2 years contract. The unlocked price of HTC Droid DNA to be higher than Google Nexus 4 by at least $200. Hence what you need to think is whether the 1080p full HD screen oppose to 720p HD screen and 100Mbps LTE speed range as opposed to 42Mbps dual carrier HSDPA range is worth your $200+ extra bucks. You can easily make your decision after you answer that question. 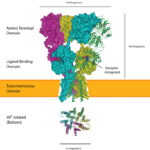 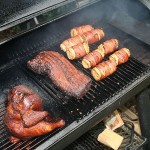 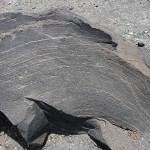