Indica and Sativa, are both two variety of plants used to produce marijuana. Sativa has been observed to give users a feeling of mild euphoria while Indica completely takes the user on a higher euphoria where the user cannot make sense of reality or the hallucinations.

We are all aware of an illicit drug known as marijuana, known by various other names, especially in slang terms. Marijuana is a mind altering drug that sends the user to a state of euphoria and trance, far from reality. It involves a feeling of numbness which later results in impaired body balance, slow reaction time and a partial amnesia. It also causes a slurred speech and also has an effect on the hormonal system and the metabolic rate of the body. Despite its harmful after effects and a dependency, marijuana is also used for medical treatments amongst the elderly. The drug comes in 2 types, the indica and the sativa.

Indica is the name of a plant used in marijuana. Indicas are generally described to be short and bush like plants and grow in a round form which resembles small shrubs. The leaves on the shrub are characterized by their broadness and their dark green and purple colors. This plantation can also be sensed with its pungent or foul smell.Indica is present in abundance in the Mideast, the subcontinent and Central Asia.

Indica is primarily used as a stress reliever to attain peace and quiet as it tunes out the user from the environment around. It is a source of tranquility for the users, especially for insomniacs as it helps cure their illness.

Sativa is the name of the second plant, marijuana is attained from. They are generally described to be taller than the Indica plant having a height of 8 to 12 feet. The leaves on the plant are described to be long with light green and yellow pigmentation. The yellow pigmented leaves are mostly found near the equator. The Sativa is also described to have a sweet and fruit like smell which is pleasant.

Sativa is used to relieve body from pain and also to achieve a certain “high” that creates a positive feeling in the user- a sense of optimism.

Difference between Indica and Sativa

Indica plants are generally present in Central Asia, whereas the Sativa has been found to grow mostly near the equator. The Indica is not only abundant throughout the world but also grows faster than the Sativa.

Sativa has been observed to give users a feeling of mild euphoria just where the user remains in his senses without letting go of the reality. Indica on the other hand, completely takes the user on a higher euphoria where the user cannot make sense of reality or the hallucinations. In more slang terms, the Sativa gets the user “high”, whereas the Indica gets the user “stoned”. Indica is used more for medicinal purposes whereas the sweet smelling smoke of the Sativa is preferred by habitual smokers looking for a good time.

Both Indica and Sativa are dangerous for users, unless in the case of Indica where it is prescribed to users for medical problems in prescribed quantities. Abuse of both forms can not only lead the user to a state of physical numbness but also to death. 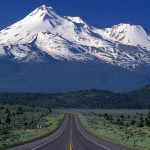