It’s important to know some background information about shares before learning the difference between issued and outstanding shares. A share is a unit of ownership that demonstrates the stake an investor has in the activities of an organization. An investor who is interested in purchasing shares in a particular company can do so by paying the market price of the shares, which makes him a shareholder of the company. The number of shares collectively owned by the shareholder is called issued shares. The value of such shares is referred to as share capital.

The main objective of issuing shares by a company is to gain access to a large pool of funds to enable attractive investment opportunities. A share issue offered for the first time to the public at large is named an Initial Public Offering (IPO) and the company is listed on a stock exchange for the first time and start trading shares. Subsequently, these shares will be traded in primary or secondary stock exchanges.

What are Issued shares?

Sometimes a company may realize that its shares are undervalued in the market following a share issue. In such an instance, a share repurchase may be exercised in order to send a signal to the market that the shares are undervalued. This refers to the buying back of shares by the company. Following the repurchase, the number of outstanding shares will reduce. When the company repurchases the shares, the above entry will be reversed; thus, the number of shares available for subsequent trading will be reduced. The shares repurchased will be held by the company in its own treasury. These shares are called treasury shares. 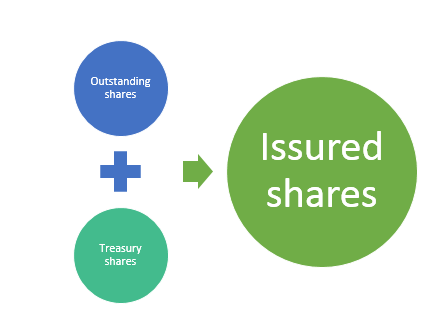 What are Outstanding Shares?

The amount and value of issued shares are subjected to fluctuations over time due to various changes in the structure of the shares. These changes to the number of shares positively affect the Earnings per Share (EPS). In addition to the share repurchase, share splits and share consolidations can be exercised on outstanding shares.

What is the difference between Issued and Outstanding Shares?

Difference Between Margin and Profit

Difference Between Liability and Asset

Difference Between Balance Sheet and Profit and Loss

Difference Between Cost of Capital and Rate of Return

Difference Between Balance Sheet and Statement of Financial Position 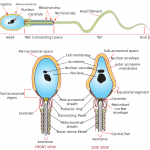 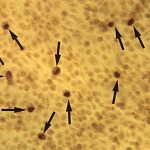