Home / Technology / IT / Database / Difference Between Java and Oracle

Oracle database (simply referred to as Oracle) is an Object Relational Database Management System (ORDBMS) that supports a large range of platforms. Oracle DBMS is available in different versions ranging from versions for personal use and enterprise class versions. It is the most widely used database system in the world. Java is one of the most popular object oriented programming languages in the world. Oracle provides a wide range of programming tools and environments. Oracle can be accessed with a variety of programming languages. For example, Java can be used to write programs that communicate with Oracle databases.

Java is one of the most widely used object oriented (and class-based) programming languages today. It is a general purpose and concurrent programming language. It was originally developed by Sun Microsystems in 1995. James Gosling is the father of the Java programming language. Oracle Corporation now owns Java (after buying Sun Microsystems recently). Java Standard Edition 6 is its current stable release. Java is a strongly typed language that supports a range of platforms from Windows to UNIX. Java is licensed under GNU General Public License. Java’s syntax is very much similar to C and C++. Java source files have the .java extension. After compiling Java source files using the javac compiler, it will produce .class files (containing the Java bytecode). This bytecode files can be interpreted using the JVM (Java Virtual Machine). Since JVM can run on any platform, Java is said to be multi-platform (cross-platform) and highly portable.

Oracle is an ORDBMS produced by the Oracle Corporation. Oracle is the most popular database system in the world. It can be used in large enterprise environments as well as for personal use. It runs on all platforms from PC to mainframes. Oracle DBMS is made up of the storage and at least one instance of the application. An instance is made up of processes of operating system and memory structure that work with the storage. In Oracle DBMS, data is accessed using SQL (Structured Query Language). These SQL commands can be embedded in other languages or could be executed directly as scripts. Furthermore, it can execute stored procedures and functions by invoking them using PL/SQL (procedural extension to SQL developed by Oracle Corporation) or other object oriented languages such as Java. Oracle uses a two level mechanism for its storage. First level is a logical storage organized as tablespaces. Tablespaces are made up of memory segments, which in turn are made up more extents. Second level is the physical storage made up of data files.

What is the difference between Java and Oracle?

The Oracle Corporation, who develops the Oracle RDBMS, now owns the Java as well. Oracle is a RDBMS, while Java is a programming language. Therefore Java and Oracle cannot be directly compared. However, JDBC API can be used to write Java applications that can access Oracle databases. Java can be downloaded at no cost, but Oracle is a very expensive commercial product.

Difference Between SAP and ORACLE

Difference Between RDBMS and OODBMS

Difference Between RDBMS and ORDBMS 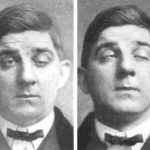 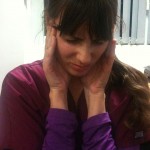 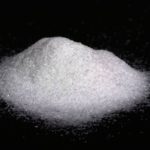