God has been referred to by several names in the Old Testament. Of these names, one that appears most frequently is YHWH. It is this name that has been translated as Jehovah in modern times. Even before the birth of Christ, YHWH was believed in Judaism to be the name of the God, and that so sacred, it was not even uttered by people. Ancient Hebrew had only consonants and no vowels. So it is unclear how Jews pronounced these 4 consonants together. However, scholars seem to be unanimous that the pronunciation of YHWH must have been Yahweh.

YHWH happens to be Hebrew letters Yodh, Heh, Waw, and Heh. These were transliterated erroneously as JHVH by Roman scholars that got rendered Jehovah later on. There is a theory that the word Jehovah was formed by taking the vowels of the word ELOAH. This is similar to the theory that Yahweh by adding the vowels from the word HASHEM to the 4 letter word YHWH.

It is, therefore, clear that the 4 letter Hebrew word YHWH has been rendered as JHVH in Roman script. When pronounced, YHWH gets uttered as Yahweh and JHVH as Jehovah.

In ancient times, it was common for the Jews to fear uttering the name of God. This was also because the old Hebrew had no vowels and only consonants and there was every chance of mispronouncing the name of the God that was constituted of four Hebrew letter YHWH. In fact, Jews, even when reading their scriptures aloud, substituted the name of the God with Adonai which means Lord. It was only later that Hebrew developed vowels. When they placed these vowels over the 4 lettered word for God, it got uttered as Yahweh. However, when Christian scholars did the same to YHWH placing the vowels of Adonai, they developed a new sound that was Yahovah that later on got converted into Jehovah.

In any case, the two variations of the spelling refer to the same name of God and the confusion is because of transliteration as well as the superstition of the ancient Jews that they should not pronounce the name of their God in vain.

Difference between Apostle and Disciple

Difference Between Meditation and Prayer 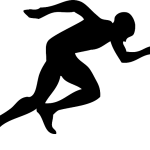 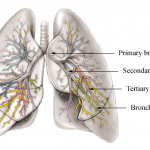