Kuwait lies on the north western coast of the Persian Gulf between Iraq and Saudi Arabia. There are nine islands off the coast of Kuwait. The capital city of Kuwait is Kuwait City. Other large cities in Kuwait include Hawalli and as-Salimiya. Moreover, Kuwait occupies a total area of about 17, 820 square kilometers. The government of Kuwait is characterized by the rule of Unitary Parliamentary Constitutional Monarchy. 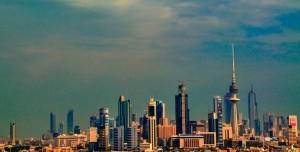 The currency used in Kuwait is Kuwaiti Dinar. Kuwaiti Dinar is the highest valued currency in the world (2015). Kuwait has a great reserve of crude oil. The country is an abode of petroleum. In fact, 80% of government’s income is through petroleum. Kuwait has limited agricultural resources due to poor rainfall. It is interesting to note that only one percent of the land in Kuwait is cultivated. 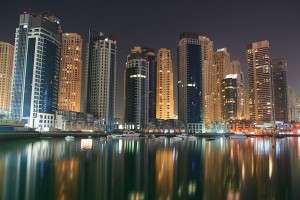 The currency used in United Arab Emirates is UAE Dirham. United Arab Emirates’ economy is powered by oil industry, but in the recent times refining and petro-chemical industries are growing in number. Dubai has the world’s largest single-site aluminum smelter. Tourism is also one of the chief employers. Dubai’s towers, hotels, port, shopping malls and restaurants draw tourists from all parts of the world. Rainfall is very limited and erratic in the country. As a result, the country has limited agricultural resources.

What is the difference between Kuwait and United Arab Emirates (UAE)?

• Kuwait is a single country while United Arab Emirates is a federation of seven emirates.

• The form of the government in UAE is federation of seven hereditary monarchies. On the other hand, the government of Kuwait is characterized by the rule of Unitary Parliamentary Constitutional Monarchy.

• The central city of Kuwait is Kuwait City while it is Abu Dhabi in United Arab Emirates.

• According to the total area each country has, United Arab Emirates is larger than Kuwait.

• Kuwait has a petroleum-based economy. UAE is also an oil-based economy, but it is more diversified than Kuwait’s. UAE also has a good tourism industry.

• Both the countries have limited agricultural resources due to poor rainfall.

• Official language in both countries is Arabic. 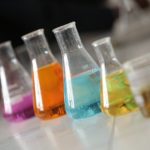 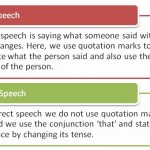