Beer is one alcoholic beverage that is consumed in large quantities in most countries of the world. Not surprisingly, it ranks third in terms of popularity among all beverages. Beer is made through a process called brewing. All beers can be classified as either ale or lager depending upon their brewing styles. Pilsner is a very popular brand of beer that confuses many as they think of it as a type of beer. This article takes a closer look at Pilsner beer to find if there is any difference between this very popular beer and Lager beer.

Lager is one of the two basic categories of all beer made around the world, the other being ale. The difference between ale and lager has nothing to do with taste or bitterness. Ales are very old, and ancient Sumerians and Egyptians are known to have brewed and drunk this beer thousands of years ago. Lagers were introduced in the 19th century only. The difference between the two lies in the use of different yeast that dictates different ingredients and techniques in their brewing.

Lager beers are made with bottom fermenting yeasts, whereas ale beers make use of top fermenting yeasts that rise to the top during the brewing process. Lager beers are brewed at colder temperatures than ales resulting in milder taste. Lagers are also very smooth beers that need to be served at cold temperatures. Lager beers are very popular across the world with nearly 90% of the total beer production being lager. Lager has a relatively longer brew cycle than ale beer and takes months to be prepared.

Pilsner is a type of lager beer and is named after the city in Czechoslovakia where it was made for the first time in 1842. The name of the brewery where Pilsner was produced was called Pilsen, and soon the beer became so popular that it made its way to Vienna and Paris.

Pilsner was the preferred style of beer throughout Europe, and by the end of the century the company had to get it registered under the trade name Pilsner Urquell. Today there are three different styles of Pilsners namely German, Czech, and European.

• Pilsner is a type of lager beer that includes many other varieties.

• Lager is one of the two broad categories of beer, the other being ale.

• Lager beer makes up more than 90% of the total beer produced across the world.

• Pilsner beer is so called because of the name of the city in Czech Republic where it was first produced in 1842.

• Lager is a word in German that means to store, and Lager beers require refrigeration for several months to brew.

• Pilsner beer is characterized by slow fermentation of the yeast at the bottom of the tanks.

• Pilsner beer is golden in colour and is the most popular beer around the world.

Difference Between Ale and Lager

Difference Between Brandy and Cognac 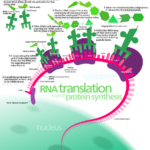 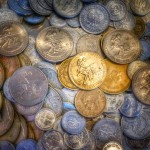