Leaded Petrol and Unleaded Petrol are well known words for those who drives. Petroleum mixture, which is known as gasoline, gas or petrol, when used in cars or other vehicles, goes into combustion engine where it gets highly compressed. Because of this compression, it has a tendency to detonate on its own, or in layman’s terms, auto ignites, causing damage to engine. This is known as knocking (also called pinging or pinking). This lead to a research which finally culminated with leaded compounds being added to gasoline to prevent damage to engine. The gasoline is called leaded petrol. Before lead compounds being added to petrol, it was pure petrol known as unleaded petrol.

Petroleum companies began adding lead to petrol and this became a common practice around the world. Leaded petrol allowed car manufacturers to do innovation with engines and they came up with more powerful higher compression engines without any fear of petrol knocking the engine. It was in the eighties that environmentalists raised questions about lead being added to petrol that led to a waning of this practice. It is a fact that lead is a poisonous substance, also known as heavy metal, and has severe repercussions for human health and the environment.

In place of lead compounds, different additives are being used to prevent knocking of engine such as hydrocarbons, ethers and alcohol. Almost all countries of the world, knowing ill effects of lead on health and environment are drawing up plans to remove leaded petrol. 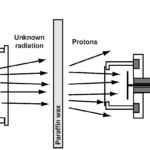