If you observe a group of small kids playing together, you can easily tell the leader of the gang. But is the leader also the most powerful? Traditionally, it has been assumed that power comes with leadership. However, in some cases, it is power that leads to leadership. In any case, the two are intricately interrelated and are also a source of confusion among people who do not understand the concepts fully. This article attempts to find the differences between power and leadership though at times, they are synonyms of each other.

When you are a kid, your father and mother have a great influence over you and you try to imitate their social behavior to get praise from them. Similar is the case with your teachers; you try to do things that would bring praise for you from them. However, in all three cases, it is the derived authority that makes these people special and not because they are leaders. Your parents are your parents just as your teacher is there. These positions are positions of authority, and we obey and follow them both out of fear and love. Often it is also voluntary, for example, in old times when people bowed down before Kings and Royalties. Authority makes use of derived power to give direction and protection to people. This is the authority that a leader in an organization has over his employees; employees bow to his commands and follow his instructions out of fear. This is also the case of formal authority and power.

Power is something that is essential in politics. There are examples where novices have inherited extreme power and authority by virtue of being the son or daughter of a royalty or President or Prime Minister. In countries where the institution of the army is a powerful one being 2nd power center, army chiefs areas powerful as the President or Prime Minister and have taken over the reins of the country staging a coup.

Power corrupts, and absolute power corrupts absolutely. This is a popular saying, though it is much more likely that those who are corrupt are attracted to power, and abuse it for their own gains.

Leadership in monarchies is inherited and thus acquired but, in democracies, people who have leadership attributes rise in stature and contest elections, to become the leader of a country. Leadership is a quality that an individual possesses right from his childhood or develops it in the company of others. When we think of leaders in the past one century, the images of Mahatma Gandhi, Nelson Mandela, Adolph Hitler, Saddam Hussein, and lately Colonel Gaddafi will come to mind. While the first two are universally acknowledged as true leaders who drew their power and authority from the people they led, other three are examples of leaders who believed in crushing dissent and ruling by terrorizing their people. George Washington, the first President of USA fought elections only reluctantly for the 2nd term and refused to become President 3rd time. It is hard to find a man today who can give up power to rule a country in favor of farming in his home city.

Difference Between Leadership and Management

Difference Between Authority and Responsibility 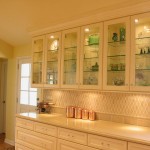 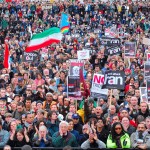