Difference between legend and myth might sometimes be a question that bothers you since both are colourful stories that happened long ago. To understand the difference, first you should try to understand each term. In nearly all cultures around the world, there are stories full of colorful characters and creatures that come from a fabled past. These stories defy all logic, chronology, and rules of nature and sometimes have supernatural elements weaved into them. These are characters that are referred to as legends and myths that become a part of the folklore and get passed from one generation to another. Though there are similarities between legend and myth, they are different from one another in many aspects. This article will delve into the differences between legend and myth.

It is easy to see how legend and myth could be formed. With no science around, people could not find any explanation to natural events such as thunder and lightening and made up stories of fictitious characters to explain them. These stories with supernatural creatures passed down from one generation to another and slowly evolved into legends and myths. Every culture has its myths and legends.

What is a Legend?

Legend is essentially a good story. This is a story about human beings born way back and who were famous for doing something extraordinary or a brave act. People in those times did not have the facility of video recording, and they passed on the stories about such legends through word of mouth only. It was only natural for stories around such legends to become exaggerated with each generation, and now, it is extremely difficult to believe those stories. For example, think about the stories about King Arthur. Historians debate about the existence of a real King Arthur because he is absent from some actual historical texts. However, this story about a brave king, who fought for his kingdom with his knights, is very popular around the world. It is a legend. This may have been sometimes the result of several brave men, who lived in the past and a lot of fiction. 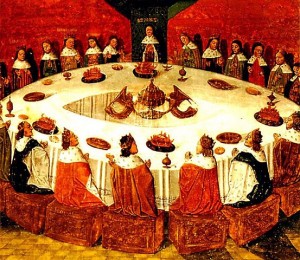 King Arthur and his knights

What is a Myth?

Myth is also an interesting concoction of stories. These stories were made to explain the unexplainable by our forefathers. They do not have even an ounce of truth, but people love to hear them as they are full of imagination. For example, take the discovering of fire. By now, we know that man discovered fire during the path of evolution. However, people in the past did not know about evolution. So, they found the answer to this through the story of Prometheus, which is a myth. In this myth, Prometheus steals fire from Zeus (God) and gives it to humans so that they could keep themselves warm. Zeus catches Prometheus and chains him to a rock where an eagle eats his liver every day, but surprisingly the liver grows back at night.

What is the difference between Legend and Myth?

• Myth and legend are colorful stories about extraordinary people and creatures from the past that are hard to believe today.

• Legends relate to real human beings who did some brave act, but without any documentary evidence such as photos and videos. These stories about such a person are passed down generations. With a little bit added every time, the story became exaggerated and is today hard to believe if such a person could perform such a deed.

Images Courtesy: King Arthur and the Knights of the Round Table   via Wikicommons (Public Domain) 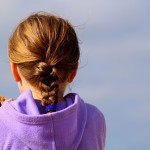 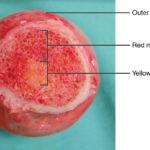 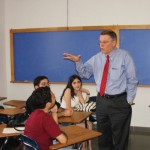