Libel, slander, defamation etc. are words that can confuse any common person. Defaming someone is the act of making false or malicious statements about another person thus bringing disrepute to him. Cases of defamation are on the rise in recent times and celebrities seem to be a target of defamation and libel cases where they are sued for making false statements about others. Defamation and libel are very similar to each other making it hard for people to appreciate their differences. This article attempts to highlight these differences for the readers.

Defamation of character is the idea behind defamation though the word is spoken alone. People understand that defamation is all about harming the reputation of another person. Of course propagating a false statement about a person hurts his feelings causing psychological harm; lawsuits dealing with defamation are mostly concerned with monetary compensation or damages that accompany these cases. For example, making malicious statements about a product or a service causing great loss to the company in the form of lower sales and stock value comes under the category of defamation if it can be proved that the statement is totally false. In general, all actions that cause damage of reputation of a person, product, or service are categorized under defamation, and the term is of a generic nature.

Defamation is possible by spoken words or through written statements that may be published or posted on the internet. When defamation is brought about using spoken words only, it constitutes slander. However, it is the case of libel when written or published statement is used to bring disrepute to someone. One cannot sue another person for calling him names under libel as it requires proving that the culprit has used written word to harm the reputation of a person. If there is an article in daily that makes a false claim about a person or a company, the company has all the right to file a libel case against the newspaper. The published article is considered libelous, and the hurt person or company can sue the newspaper for defamation.

What is the difference between Libel and Defamation?

• Defamation is the generic term used to refer to the act of bringing disrepute to a person, company, product, or service by communicating false statements.

• Libel is a type of defamation that applies to cases where defamation is sought with the help of written or published content.

• For spoken words that cause defamation of a person, slander is the term used.

• Written material, when it is false and malicious, gets communicated to many others in the form of a newspaper article or a post published on the internet.

A person cannot be sued for libel if he has written something about someone in a personal diary as the material that is deemed to be libelous has not got communicated to other persons.

Difference Between Slander and Defamation

Difference Between Homicide and Manslaughter 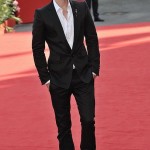