Magnesium is the 12th element in the periodic table. It is in the alkaline earth metal group and is in the 3rd period. Magnesium is depicted as Mg. Magnesium is one of the most abundant molecules in the earth. It is an essential element in macro level for plants and animals. Magnesium has the electron configuration of 1s2 2s2 2p6 3s2. Since there are two electrons in the outer most orbital, magnesium likes to donate that electron to another more electronegative atom and form a +2 charge ion. Hence, it can form compounds like magnesium oxide and magnesium citrate by combining with the anion in 1:1 stoichiometric ratio.

Although pure magnesium metal has a shining silvery white color, we cannot see this color in naturally occurring magnesium. Magnesium is too reactive; thus, it reacts with atmospheric oxygen and forms a non-shining white color layer, which can be seen on the surface of magnesium. This layer is the magnesium oxide layer, and it acts as a protective layer on the magnesium surface. Magnesium oxide has the formula of MgO, and the molecular weight of this is 40 g mol-1. This is an ionic compound where Mg has +2 charge, and the oxide ion has -2 charge. Magnesium oxide is a hygroscopic solid. When it reacts with water, it forms magnesium hydroxide. By heating magnesium hydroxide, magnesium oxide can be obtained again. To gain magnesium oxide easily in the laboratory, we can burn a magnesium metal piece (the resulting whitish color ash will be MgO). MgO is largely used as a refractory material due to its chemical and physical stability under high temperatures. Since magnesium is an essential element needed in the body, it is given when the dietary magnesium supply is not sufficient. Further, it has basic properties, so can be used as an antacid to relieve stomach acidity, or given in an acid ingestion. It can also be used as a laxative.

Magnesium citrate is the Mg salt of citric acid. It is widely used for medicinal purposes under the brand names citrate of Magnesia, Citroma, Citroma Cherry, Citroma Lemon. Since magnesium is essential for human bodies, especially for muscle and nerve functions, it can be given in compound form as magnesium citrate. This is given as a laxative to induce bowel movements and treat constipation. Magnesium citrate attracts water, thus can increase the water amount in the intestine, and induce defecation. The compound is not generally harmful, but if you have allergies, stomach pain, nausea, and vomiting, it is better consulting a doctor before you take this drug. For the best result, this drug should be taken in an empty stomach followed by a full glass of water. Overdose of magnesium citrate can cause vomiting, nausea, low blood pressure, coma and death.

Difference Between Magnesium and Magnesium Citrate

Difference Between a 1.0 Molar Solution and a 1 Molal Solution 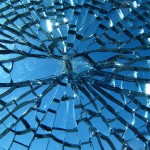 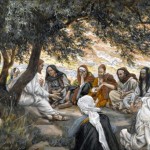