The key difference between mean and median is that mean is the sum of total values in a data set divided by the number of values, while median is the middle value of a data set.

We use mean and median to check the location of the data because they give an indication of a central value around which a set of values tends to cluster. The selection of either mean or median for examining the data depends upon the type of data and requirement of the result. In some cases, mean gives better results than median and vice versa.

1. Overview and Key Difference
2. What is Mean
3. What is Median
4. Side by Side Comparison – Mean vs Median in Tabular Form
5. Summary 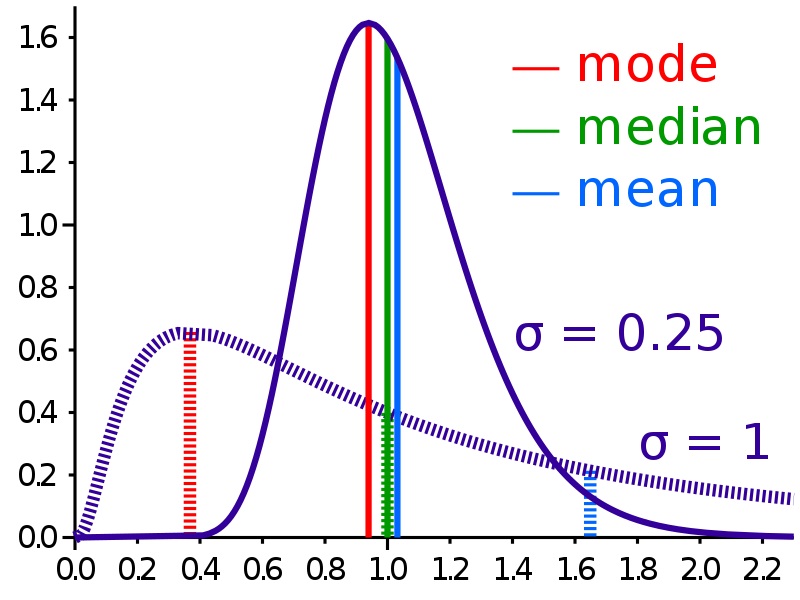 The geometric mean is used for positive numbers, which are interpreted in a data set as a product rather than a sum. The harmonic mean is useful for numbers which have some relation with the term having units like data of velocity or acceleration collected at different time intervals. Both velocity and acceleration have units like m/s and m/sq.sec. The population mean is different from all these means as it is the expected value of a random variable, calculated from the average weight of all possible values.

Median of a data set is that middle numeric value, which separates the lower half data from the upper half data. The method of finding the median is very easy. Just arrange all the values of a given data in ascending order; that is, start from the minimum value and end at the maximum value. Now the middle value is your median. 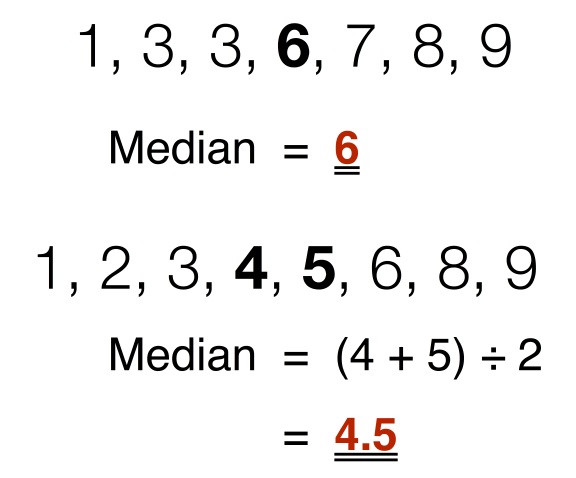 If the number of values in your data set is an even number, then the mean of two middle values will be your median. When there is a possibility of asymmetry in distribution or end values are not given, the median is helpful for measuring the location. Therefore, the median is a better source of measuring central tendencies, if few values are clearly separated from the main body of the data (called outliers).

What is the Difference Between Mean and Median?

To clear the difference between mean and median, here is an example:

Median = 85 because it is the middle number of this data set.

Furthermore, mean is usually the most appropriate measure of the location. This is because it takes into account every value in the data set. However, outliers in the data set can affect the mean, leading it to not accurately represent all the scores. In this case, median is a better measure since outliers do not affect it. 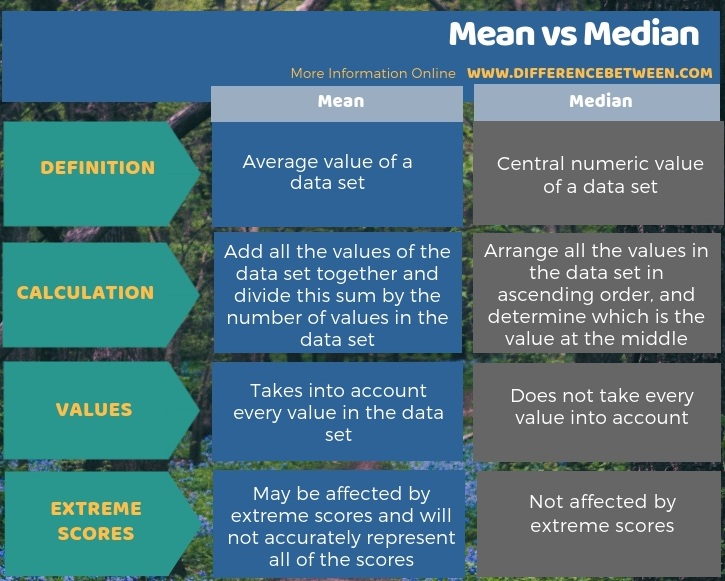