Mint is a common household name and is a well-loved flavour of both young and the old. However, confusion takes place when different types of mint are put into the picture.

Mint, also known as Mentha, is a genus of plants belonging to the family Lamiaceae. While the number of varieties of mint is esteemed at around 13-18, many hybrids and cultivars are also known in cultivation.

With a distribution across Asia, Europe, Africa, North America and Australia, mint is an aromatic, mostly perennial plant that are characteristic of their erect, square, branched stems and wide-spreading underground and over ground stolons. They are known to grow 10–120 cm tall and can spread over an indeterminate area because of which mints are also considered as an invasive plant. Wet and moist soils being the most conducive to the cultivation of mints, they can also be propagated by seed.

The mint leaf, dried or fresh, is used for numerous culinary purposes. Featuring a fresh, warm, aromatic, sweet flavour with a cool aftertaste, mint leaves are popularly used in teas and beverages, jellies, candies, ice creams, syrups and as garnishing. Mint is most popularly associated with lamb dishes in Middle Eastern cuisine whereas, in British and American cuisine, mint jellies and sauces are the preferred condiments to be used.

Originally used as a medicinal herb for stomach aches and chest pains, menthol, made from mint essential oil is a key ingredient in many cosmetics and perfumes.  The sharp, strong flavour and scent of mint is sometimes utilised as a decongestant for illnesses such as the common cold. However, mint can also cause allergic reactions such as nausea, diarrhea, headaches, tingling or numbing around the mouth in certain people. 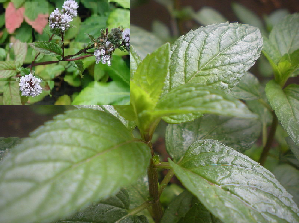 Peppermint known as Mentha piperita or Balsamea Willd is a hybrid mint variety. It is a cross between spearmint and watermint and is indigenous to Europe, although now, it is cultivated widely all over the world. A herbaceous However,rhizomatous perennial plant growing to around 30–90 cm, peppermint features smooth slightly fuzzy stems, fleshy, and bare fibrous roots and broad, dark green leaves with reddish veins. The plant flowers from mid to late summer and are purple in colour.

The leaves and the flowering tops of the peppermint are used, and they are harvested as soon as the flowers begin to open so that they can be dried. Peppermint is used in a wide variety of products varying from toothpaste, confectionary to shampoos and soaps and features a long tradition of medicinal use that dates back to several thousands of years. Peppermint is used to cure symptoms such as nausea, abdominal pain, indigestion, irritable bowel, and bloating while the aroma of peppermint is known to enhance memory and alertness and is a commonly used ingredient in aromatherapy.

What is the difference between Mint and Peppermint?

• Mint can refer to any plant that comes from the genus of plants belonging to the family Lamiaceae including peppermint. Peppermint is a hybrid mint variety of spearmint and watermint.

• Peppermint extract is made from pure peppermint oil whereas mint extract can be derived from any number of, or combination of, culinary mint plants.

Difference Between Mint and Yodlee

Difference Between Raisins and Currants 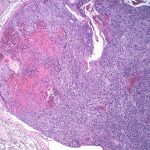 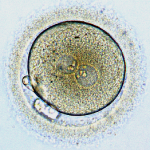 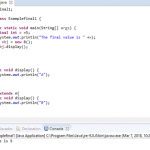