The tradition of offering guests beverages, especially those that are alcoholic in nature is age old and is found across many cultures of the world. People enjoy these drinks a lot as they allot them to let loose and relax. However, for those who are teetotalers, it was uncomfortable as they had to make do with fruit juices and hot coffee etc. To make people who stay away from alcohol feel at home and a part of the gathering, a unique way was devised to copy the style of cocktails by serving them a mixture of drinks that are nonalcoholic in nature. These drinks were called mocktails. Many people who are new to the scene of social gatherings do not know the difference between cocktails and mocktails. This article attempts to clear the doubts in the minds of people and enjoy these different kinds of drinks according to their tastes and preferences.

A cocktail is any concoction of two or more kinds of drinks with at least one of them being alcoholic in nature. It was originally referred to as a mixture of different spirits with other ingredients in the mixture being sugars, bitters, and water. Mixing of different types of alcoholic drinks is an old idea with instances of this tradition being reported in 17th and 18th century commonly. It is not known who the creator of cocktail was, but it is clear that the practice of mixing drinks is an old one. There are many different theories regarding the origin of the word with the accepted one being the colors of mixed drinks inspiring people to think of tail of a rooster. This led to the coining of the word cocktail.

It is a fact that not everyone likes alcoholic drinks, especially after knowing the harmful effects of alcohol. There are children as well as elderly people in a party who do not like alcoholic drinks. There are many who abstain as they have been advised so by their doctors because of medical reasons. There are teetotalers who avoid alcohol in all forms. There are also religions that prohibit followers from drinking alcoholic beverages. As such, offering cocktails to all the guests is obviously not possible. This led to a unique idea of mixing several nonalcoholic drinks to create a product that resembled a cocktail. This product was called mocktail to remind people that it was only a mockery of cocktail and contained no alcoholic ingredient.

What is the difference between Mocktail and Cocktail?

• While anyone can prepare a mocktail at home by mixing fruit juices and syrups, there are some that have become famous and standardized such as Shirley Temple, Lime Rickey, Roy Rogers, and so on.

Difference Between Brut and Champagne

Difference Between Port and Sherry 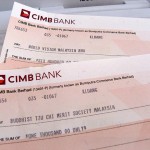 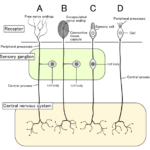 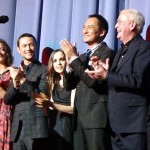