Transistor is an electronic semiconductor device that gives a largely changing electrical output signal for small changes in small input signals. Due to this quality, the device can be used as either an amplifier or a switch. Transistor was released in 1950s and it can be considered as one of the most important invention in 20th century considering the contribution to IT. It is a rapidly evolving device and many types of transistors have been introduced. Bipolar Junction Transistor (BJT) is the first type and Metal Oxide Semiconductor Field Effect Transistor (MOSFET ) is another transistor type introduced later. 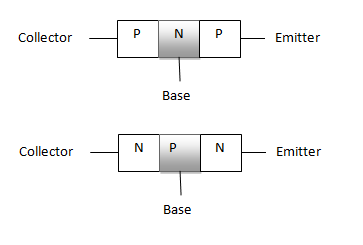 Three electrodes are connected to these three semiconductor parts and middle lead is called ‘base’. Other two junctions are ‘emitter’ and ‘collector’.

In BJT, large collector emitter (Ic) current is controlled by the small base emitter current (IB) and this property is exploited to design amplifiers or switches. Therefore it can be considered as a current driven device. BJT is mostly used in amplifier circuits.

MOSFET is a type of Field Effect Transistor (FET), which is made of three terminals known as ‘Gate’, ‘Source’ and ‘Drain’. Here, drain current is controlled by the gate voltage. Therefore, MOSFETs are voltage controlled devices.

MOSFETs are available in four different types such as n channel or p channel with either in depletion or enhancement mode. Drain and source are made of n type semiconductor for n channel MOSFETs, and similarly for p channel devices. Gate is made of metal and separated from source and drain using a metal oxide. This insulation causes low power consumption and it is an advantage in MOSFET. Therefore MOSFET is used in digital CMOS logic, where p- and n-channel MOSFETs are used as building blocks to minimize the power consumption.

Although the concept of MOSFET was proposed very early (in 1925), it was practically implemented in 1959 at Bell labs.

Difference Between Retail and OEM 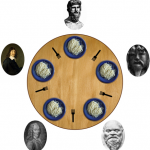 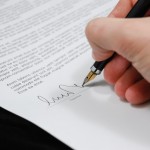