Myocardial Infarction results from the interruption of the blood supply to the myocardium, which is mostly resulted from narrowing of the coronary arteries due to atherosclerosis. In contrast, cardiac arrest or circulatory arrest is the cessation of the blood circulation due to failure of the heart to contract effectively. Therefore, myocardial infarction and cardiac arrest are not similar terms, but myocardial infarction is responsible for 60-70% of the cardiac arrest. This article points out the differences between these two with regard to their pathogenesis, causes, clinical features, and investigation findings, Management, complications and prognosis.

Severe atherosclerotic narrowing of one or more coronary arteries resulted in impaired blood supply to the heart muscle causing it to suffer from ischemia and infarction. Infarction may be transmural where the full thickness of the myocardium is involved or subendocardial where partial thickness is involved.

Clinically the patient presents with sudden onset of central chest pain for more than 20-30 min duration, which may or may not be radiating to the left arm and the angle of the jaw. It can be accompanied by excessive sweating, nausea, vomiting as well as shortness of breath.

ECG shows ST segment and T wave changes. The diagnosis is confirmed by the elevation of the cardiac markers.

Prompt intervention is necessary for better prognosis. Management includes high flow oxygen, aspirin, clopidogrel and morphine. In ST elevated MI streptokinase should be considered unless there are any contra indications. Statin therapy should be started irrespective of the lipid level. Once the patient is stabilized, have to consider percutaneous coronary interventions, stenting, or if necessary, bypass grafting.

Prognosis depends on the person’s health, extent of the damage and the treatment given.

It is a medical emergency. Cessation of the normal circulation due to the inability of the heart to pump effectively results in cardiac arrest, and if it is unexpected, it is referred as sudden cardiac death. Oxygen supply to the tissues and the organs is impaired due to the cessation of normal blood circulation. Lack of oxygen to the brain causes loss of consciousness. The patient is presented with abnormal or absent breathing. If cardiac arrest is not treated within 5 minutes, brain injury is likely. Hence, immediate and decisive treatment is imperative for the best chance of survival and neurological recovery.

Symptoms of cardiac arrest are sudden and drastic. Sudden collapse, no breathing, no pulses, and loss of consciousness make the clinical diagnosis.

Potential complications of the cardiac arrest include arrhythmias, stroke, and rupture of the heart, cardiogenic shock, and rib fractures during attempts at resuscitation and death. 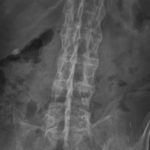