Number and numeral are two related, but two distinct concepts. Sometimes, people confuse the numeral with the number. What we write is a numeral, but most often we call them as numbers. It is similar to recognizing a person by his name. The name of a person is not exactly the human body. Also, there can be several names used to call a person. However, there is just one person. Similarly, for a number there can be several numerals, but a number is just one numerical value.

A number is an abstract concept, or a mathematical object used to count and measure things. Thousand years before, ancient societies had a need of counting objects. Specially, merchant class needed to count things that they stored and sold. Therefore, initially, they may have needed only the whole numbers. Later negative numbers were added to the counting numbers, thus inventing integers. In late 1600s, Isaac Newtown introduced the idea of continuous variables. Introduction of rational numbers and irrational numbers extended the numbers to real numbers. In later ages, by adding imaginary numbers to real, complex numbers were invented. The ancient number systems such as Egyptians had no zero. Many years later, Hindus invented zero. Therefore, the definition of the number system has been extended over thousands of years.

Integers: Set of integers includes all natural numbers with zero and all negative numbers. A number, which produces zero when it is added to a positive number, is called the negative of that positive number.

A numeral system comprises a collection of symbols and rules to define operations on these symbols. A number can be expressed in many different ways, using different numerals. For an example, ‘2’, ‘two’ and ‘II’ are few different symbols that we can use to represent one number.

In past ages, a variety of numeral systems such as Babylonian, Brahmi, Egyptian, Arabic and Hindu have been employed. In modern mathematics, most commonly used numeral system is known as Arabic numerals or Hindu-Arabic numerals, which were invented by two Indian mathematicians. The Hindu-Arabic numerical system is based on 10 symbols or digits: 1, 2, 3, 4, 5, 6, 7, 8, 9 and 0. These symbols were introduced by an Italian mathematician, Leonardo Pisano. Hindu numeral system a pure place-value system, in which that the value of the symbol depends upon its position in the representation. In this system, any number is expressed using the base symbols and then the summation of products with base number and powers of ten. For an example, ‘93.67’ denotes the summation: 9×101+3×100+6×10-1+7×10-2.

Difference Between Binary and Decimal 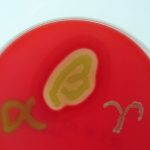 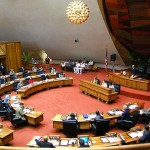 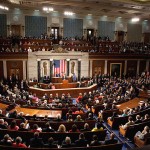 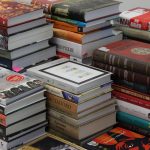