Predators and parasites are two completely different ecological roles or niches. The differences are many between them, but in both predation and parasitism, one particular organism depends on another usually for food. Additionally, because of both parasitism and predation, the victim suffers. However, the general characteristics are unique and different in each other. The ways of approaching the victims and feeding methods are completely different in parasites from those with predators.

Predator is one of the most important ecological niches, which involves eating an organism via actively killing or immobilizing the other organism. In common simple terms, predator refers to the animal that eats the flesh of another animal by killing or immobilizing. In order to do so, predators have to develop extremely sensitive nerves viz. smell, vision, hearing, and electro reception (in aquatic predators) mainly. Agility and speed with excellent hunting strategies are vital to be a successful predator in the extremely competitive ecosystem for any animal. In addition, a predator has to be undetectable. For example, padded paws in cats are useful for them to move towards prey without making a noise. In the food chains, predators are always at the top or towards the top. As energy passes through food chains, there is a considerable energy waste of 90% at each level, which results that predators receive the least amount as they are at the top of food chains. Usually, the number of individuals in each trophic level of any ecosystem varies, and the number of predators is very small compared to all other levels. Predator’s main role in the ecosystem is to maintain the prey population, and they improve the bio diversity by preventing a single species becoming dominant. Predators are obviously carnivorous in most cases, while omnivorous predators are also there. Some of the most prominent carnivores are lions, tigers, crocodiles, sharks, eagles, and snakes.

Parasite is any organism that lives inside or outside another organism, known as host, to obtain nourishment. Through parasitism, the host does not get any benefit from this association; instead, the parasite always gets the advantage. Usually, parasite is much smaller than its host is. Parasites are highly specialized to survive from its host, and they have an extremely fast reproduction rate than the host. Mainly, there are two types of parasites called ectoparasites and endoparasites, depending on the inhabited location of the host. Many parasites are fatal to its owner, while some are not. It is difficult to quantify the amount of energy that a parasite has extracted from its host via standard ecological methods. Therefore, food chains rarely include parasites. However, parasites have been extremely successful and have developed many adaptations for their lifestyles. Usually, they are minute and almost undetectable due to the miniature size, could observe them only through a microscope. Nevertheless, macro sized parasites such as lampreys are also there. Apart from being feeding parasites, sometimes there are brood parasites, meaning that they depend on others for breeding purposes (e.g. Asian koels lay their eggs inside the nests of crows). 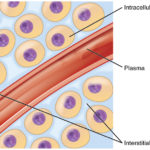