There are several words or terms which seem different from each other but somewhere deep, they have a hidden relation which somehow connects them and shows a co-existence between the two. This can either be a difference or a similarity depending how those words are used and in which context. One such example can be taken from these two adjectives; rational and emotional. Both of these adjectives are used to describe certain behavioral characteristics of human nature which are prevalent at different situations and different scenarios. We accept that each one of us is unique in their respect. Be it nature, looks, habits, likes, dislikes anything. We all are different from each other and so are our ways of reacting to a particular situation. This certainly doesn’t mean that human beings can’t help or change or do anything about the way they react to a situation. In fact the moment they realize that they need to shift from a particular attitude, they eventually will. Considering the emotional or rational behavior of human beings, several people have been found to gradually shift from being emotional towards rational (or vice versa) with their own will.

Being emotional is a common characteristic and is easily found among many people around. It’s a certain way of reacting towards various situations, incidents, events, and everyday life happenings. People who are emotional tend to show various signs which indicate that these people generally more expressive than other people. Whatever feelings and emotions they are going through will be evident through their gestures, conversations, reactions and everything which includes expressions. These kinds of people don’t really take a lot of time to show what they are feeling or thinking and they are easily affected by their surroundings too. For them everything revolves around feelings and everything related to it. Emotions are extremely important to them. They can easily be moved by a thing as small as a piece of music. Little things can make them react such as smile, cry, be aggressive, or get hurt. Such people are also thought of to be too vulnerable and can often be difficult to deal with.

Being rational is another characteristic of human nature which has to do with reasoning, being in control of brain and the power to actually think before any action or reaction. This can be a very good trait and at times really sound, just, and appropriate but we cannot also deny the fact that according to some, people who consider being rational are often too inexpressive and therefore without any feelings. As negative the connotation may sound, people who show signs of being rational are found to be logical and sensible. They think deep and always have a reason behind each and every act of theirs.

Two extremely different yet parallel characteristics of human nature; rational and sensible are those traits without which, human nature does not exist. A person will either show some or all signs of being rational or that of emotional. Both are important and respectful in their own place since only emotional people know how to appreciate art, beauty, and other aesthetics. Similarly being rational is as perfect as anything since people who possess deep thinking and analytical skills have very little or no regrets in life. 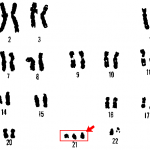 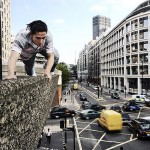