Radio-frequency Identification (RFID) is a general term used for a system that communicates using radio waves between a reader and an electronic tag attached to an object. RFID system comprises of readers, tags and RFID software. Bluetooth is a technology used to transfer data in a short range. Bluetooth creates a personal area network (PANs) with high levels of security. Bluetooth could be used to create short range wireless connections between a large range of devices.

RFID is a system that communicates using radio waves between a reader and an electronic tag attached to an object. RFID systems are typically made up of three components namely an antenna (also called reader or interrogator), tag (transponder) and a software system. Firstly the reader sends radio signals. These radio signals will activate the tag and read and write data to the tag. When a RFID tag pass through the electromagnetic field of the radio signal, it detects the activation signal and will be activated. Then the reader decodes the data stored in the tag and the data transferred in to the software system for processing. The data obtained from the tag may contain information about products such as price, date of purchase, information about location, etc. RFID also has the ability to track moving objects. Currently RFID is widely used for asset tracking, tracking parts in manufacturing processes, tracking shipments in supply chains, retailing (in places like Best Buy, Target and Wal-Mart), payment systems like road tolls and for access controlling for security purposes.

Bluetooth uses wireless communication to connect different types of devices replacing the cables that connect them. These devices range from mobile phones and headsets to heart monitors and medical equipment. Biggest strength of this technology is the ability to handle data and voice transmissions at the same time and therefore this can be used to share voice, music, photos, videos and other information between paired devices. Bluetooth compatible devices contain a small computer chip that contains a Bluetooth radio and a software system that will allow the user to connect the device with other devices using the Bluetooth technology and transfer data. Bluetooth was invented in 1994 by Ericsson Company and now is maintained by the Bluetooth Special Interest Group (SIG), which was formed in 1998. Main advantages of the Bluetooth technology are low power consumption, low cost and robustness.

What is the difference between RFID and Bluetooth?

RFID systems communicate between an antenna or a reader and a tag attached to an object, while Bluetooth technology is used to communicate between two Bluetooth compatible devices. Further, Bluetooth has the ability to handle data and voice transmissions at the same time which allows it to be used in a wide range of applications such as hands-free headsets for voice calls and printing and faxing capabilities. On the other hand, RFID is used to transfer a limited amount of information that is stored in the RFID tag such as product information and location information.

Difference Between RFID and Barcode 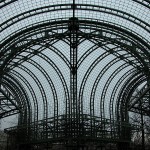 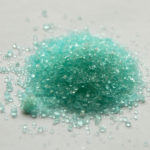