When the Second World War was over, there was a cold war going on between Russia and United States of America. It was a war fought with minds and wasn’t disclosed to the general public although they knew of the apparent friction between those two countries. Similarly, Samsung and Apple are entangled in a cold war with each other over their smartphone products. Neither declares the war openly and tries to run the other down. Instead, they continue a war of minds to innovate and come up with the best product to satisfy customer needs efficiently. Time to time, these conflicts erupts in the backyards of the courts of different countries as patent issues. The ones who would keep a sharp lookout would understand that these are actually a part of a large game, a cold war.

Apple iPhone 4S has the same look and feel of iPhone 4 and comes in both black and white. The stainless steel built gives it an elegant and expensive style which appeals to the users. It also is almost the same size as iPhone 4 but slightly heavier weighing 140g. It features the generic Retina display, which Apple is extremely proud of. It comes with a 3.5 inches LED-backlit IPS TFT Capacitive touchscreen with 16M colors and scores the highest resolution as per Apple, which is 640 x 960 pixels. The pixel density of 330ppi is extremely high that Apple claims that the human eye is unable to distinguish individual pixels. This obviously results in crisp text and stunning images.

iPhone 4S comes with 1GHz dual core ARM Cortex-A9 processor with PowerVR SGX543MP2 GPU in Apple A5 chipset and 512MB RAM. Apple claims this delivers two times more power and seven times better graphics. It is also highly energy efficient, which enables Apple to boast an outstanding battery life. iPhone 4S comes in 3 storage options; 16/32/64GB without the option of expanding the storage with a microSD card. It utilizes the infrastructure provided by carriers to stay in touch at all times with HSDPA at 14.4Mbps and HSUPA at 5.8Mbps. In terms of camera, iPhone 4S has an improved camera of 8MP that can record 1080p HD videos @ 30 frames per second. It has a LED flash and touch to focus function along with Geo-tagging with A-GPS. The front VGA camera enables the iPhone 4S to make use of its application Facetime, which is a video calling application.

While iPhone 4S is graced with generic iOS applications, it comes with Siri, the most advanced digital personal assistant up to date. Now the iPhone 4S user can use voice to operate the phone, and Siri understands natural language. It also understands what the user meant; that is Siri is a context aware application. It has its own personality, tightly coupled with the iCloud infrastructure. It can do basic tasks like setting up an alarm or reminder for you, sending a text or email, schedule meetings, follow your stock, make a phone call etc. It can also perform complex tasks like finding information for a natural language query, getting directions, and answering your random questions.

Apple is best known for its unbeatable battery life; thus, it would be normal to expect it to have a fabulous battery life. With the Li-Pro 1432mAh battery it has, iPhone 4S promises a talk time of 14h in 2G and 8h in 3G. However, the users have been making complaints about the battery life and update for iOS5 has partially solved the problem.

When it comes to a high end Samsung and the Apple iPhone, giving the verdict is always difficult. It’s even more difficult when the Samsung product is their signature line, Samsung Galaxy. With the surfacing of Galaxy S III, Samsung has added a lot of usability aspects to their new handset that would hurt Apple iPhone 4S very much. For starters, it has Samsung S Voice, which is a direct competitor to the personal assistant in iPhone 4S; Siri. Although we haven’t given it a spin yet, S Voice can’t be falling behind after so much time of research on Samsung’s end. S III also has Smart Stay, Smart Alert and Pop up Play along with a series of smart gestures that make it incredibly pleasant and easy to use this handset. It also has an improved keyboard and a stunning UI that gives Samsung Galaxy S III an edge over any other product in the market. Thus, my personal opinion would be Samsung Galaxy S III over Apple iPhone 4S, and I can only back up that decision with the benchmarks of both of these devices compared when I have the details at hand. Till then, it depends on your personal opinion. 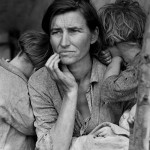