Whenever someone starts to think or talk about fish or sea animals, sharks and tunas are amongst the first few. They are clearly different from each other in their appearance, but many would not know what the other differences between these two important animals are.

Shark is an exclusive saltwater fish of the Class: Chodreichthyes. Sharks are very successful living fossils, because they started their journey on the Earth 420 million years ago. There are more than 440 species of sharks distributed through all the waters of the sea. However, they prefer deep waters. Sharks have a massive body, which is a nicely shaped streamlined body, powered with strong muscles and fins to be a very fast swimmer. Their lightweight cartilaginous skeleton and the oil-filled liver provide buoyancy. Additionally, their cartilaginous skeleton is flexible, durable, and light weighted, and that saves a lot of energy while swimming. Unlike in other fish, sharks have rows of embedded sharp teeth in the gums and they are replaceable with new rows throughout their life. Their caudal fin is asymmetrical and they have a complex dermal corset made up of made up of flexible collagenous fibres providing protection for their skin. Sharks do not have an operculum to cover their gills. They pass urea as nitrogenous waste product and their body fluid is isotonic to the environment. Sharks take a long time to complete their digestion and their J-shaped stomach keeps all the unwanted and indigestible food and turns inside out to vomit them through the mouth. Because of their extreme abilities to swim and prey upon other fish, sharks are notorious for killing. They would never mind to attack even a human go by their territories.

Tuna is another exclusive saltwater fish belong to the Family: Scombridae, started to evolve before 40 – 60 million years. At present, there are more than fifty species of tuna, distributed around the tropical and subtropical seas of all the oceans of the world. They have a bony skeleton system and their operculum covers the gills. Streamlined body, strong longitudinal muscles, and their special type of finlet movement along with the caudal keel make them superfast swimmers. They can swim at around 70 – 75 kilometres per hour, which is inside the top five speedsters of fish. Tunas have a unique feature, which is the colour of their muscles being ranging from pink to dark red because of the excess presence of myoglobin. Usually, fish are cold-blooded, but some tuna fish displays worm-blooded adaptations via circulatory means, which helps them to survive in a wide range of habitats in the ocean including coldwater. Their ability to maintain the body temperature above the ambient temperature is a special adaptation of tunas. They have been extremely useful as a protein food source for human with a first-rate taste.

What is the difference between Shark and Tuna? 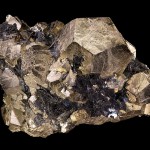