Smartphone vs Tablet vs Laptop

Smartphone and Tablet and Laptop are the most popular mobile devices. Mobility is the buzzword these days and this is precisely why electronic gadgets are becoming smaller and lighter. Laptops were invented to give a person ability to take his computer along with him anywhere. Technology has been moving ahead at a fast pace, so much so that mobile devices with internet connectivity are crossing the boundary lines and performing similar, overlapping functions. This is especially true in the case of smartphone, tablet and a laptop. All three are portable and have internet connectivity. But each has its own distinct features and cannot take place of the other two. In this article, we will analyze the difference between smartphone and tablet and laptop highlighting their features so that any consumer can purchase one that is most suitable for his requirements.

Though a smartphone is basically a device made for calling and receiving calls, it has additional multimedia features and computing abilities to place it closer to a laptop. It can be thought of as a handheld mini computer as against simple phones, it makes use of an independent operating system to install and run advanced and complex applications. In this aspect, they are much more than a mere mobile phone and can work as a personal digital assistant. Some smartphones have a full QWERTY keypad that is physical resembling just like a laptop. However, most smartphones have a virtual keyboard that the user can operate easily with the help of a highly capacitive touchscreen.

Over 50 million people in US alone use smartphones indicating their extreme popularity. These phones have fast processors and large internal memory, big display screens (around 3.5”) and OS that are very user friendly giving a very pleasing experience to the users of these smartphones. Two OS that have dominated the smartphone market are Apple’s iOS and Google’s Android. While iOS is used by smartphones made by Apple only, Android is an open source OS used by nearly all the other manufacturers of smartphones.

This is an innovation that looks like a large smartphone, but has additional capabilities to resemble more like a laptop. The only difference is that unlike laptop, it comes in the form of a slate instead of a briefcase like design of laptop where the keyboard is separate from the screen and two are hinged together. Tablet PC, as it is called makes available capabilities of an enriched multimedia device allowing the user to experience audio and video files on a bigger screen which is normally around 10 inches, just a little bit smaller than a laptop. As tablets make use of virtual keyboard, they are good for little typing work such as sending emails but for tedious jobs, laptops are obviously a better job.

All tablets are Wi-Fi, meaning they can be used to surf the web and they can be used to play games also. Today, tablets are coming equipped with dual camera both for capturing HD videos and to make video chatting and video calling possible. However, as there are compromises in hardware, the functions such as multimedia tasking and other complex operations are difficult to perform in tablets. Tablets prove to be a pleasing experience if the owner uses them as e-book readers.

Of the three mobile devices, laptop is the most powerful when it comes to computing and also for browsing the net. The only drawback is the lack of 3G connectivity which is there in smartphones and tablets. However, for those on the move and also need to carry out complex tasks on their device, laptops are an ideal choice. Laptop has the fastest processor and also largest capacity of internal memory. A laptop is basically a PC that can be carried along at all places and integrates all the capabilities of a computer. Instead of a mouse the user has a touchpad and the speakers are inbuilt to make it a complete package. In addition, a laptop can be operated on a battery, and without power, it can run for 3-5 hours. With a display of 14” or more, a laptop is capable of performing all the tasks your computer theoretically can.

Difference Between iPad and iPhone and MacBook

Difference Between Ghanvati and Tablet in Ayurveda 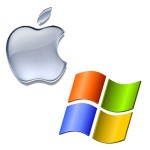 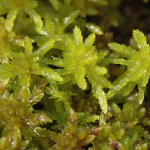 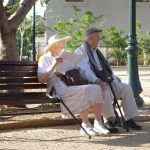