Both stoat and weasel belong to the same genus, Mastela. It would be problematic for someone to identify these two animals separately, due to the similarities shared between stoats and weasels. More to the problem, stoat is one of the species of weasels. However, there are some noticed differences between these animals, and it would be interesting to be aware of those distinctions as in this article.

Stoat, Mustela ermine, is also known as ermine or short-tailed weasel. They are native to Eurasia and North America. Stoat is medium sized with a body length ranging from 15 to 30 centimetres and a body weight around 100 – 450 grams. They have a prominent characteristic black tip at the end of the tail, and the rest of their fur colour is dark brown dorsally and light or white ventrally. Their males and females distinctively dimorphic in size, as the smallest males are usually larger than the largest females. Male stoat have larger territories than those of females. Moreover, male territories encompass the females’ and free from other males, their sizes vary according to the season and food abundance. However, dominant males have larger territories than those of inferior males. They breed once a year and females can keep the fertilized egg implanted until it is allowed to gestate. Stoats could live up to 10 years in wild and more in captivity.

There are 10 out of 17 species of the Genus: Mustela referred as weasels, and they are small mammalian active predators. Their long and slender body lets them through burrows and small spaces for hunting. Weasels’ body lengths vary between 12 and 45 centimetres and the tails are usually 30 centimetres long. They have lightweight bodies ranging between 50 and 120 grams. Weasels have a brown dorsal coat and a pale or white ventral coat. However, there is no black coloured tail tip in weasels other than ermines. Geographical distribution of weasels is worldwide except Australia and Antarctica. They are cunning and guile creatures, and have been able to sneak into human habitations and get poultry and eggs from farmers. A weasel could live up to three years in wild and much more in captivity. 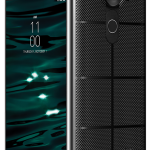 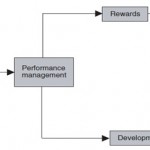