TV series and movies are one of the popular entertainment for people. The very fact that this article is being written is indicative of how important TV shows have become. From very humble beginnings, TV series, also known as soap operas have captured the imagination of the people and the actors and actresses who work in these series are today no less famous and rich than stars who work in movies. No one can say that a Oprah Winfrey, who grill as movie stars, or for that matter Jennifer Aniston of Friends fame, are any less than movie stars. However, there is still a lot of difference between TV series and Movies which will be highlighted in this article.

First and foremost, movies are creative concepts of directors whose main motive is entertainment and enjoyment trying at the same time to give to the audience something new or present visuals and acting talent of the stars in a novel manner. The intention of movie makers is to somehow bring the audience to the cinema halls. The more the people go and watch the movie, the more is the movie considered to be successful and the producer and director of the movie are said to have done a good job. Movies involve a lot of money and the financiers are happy when lots of people go to watch the movie in the halls.

TV series, on the other hand are designed to sell products. At things stand today, there are so many commercials before, in between and after the series that people are often irritated as they are not able to maintain the intensity because of these advertisements. But makers of TV series are helpless as these commercials are necessary for making a TV series as the money for making the TV series comes from the manufacturers of products whose ads are shown during the TV series. No doubt the series has to be entertaining or other wise you wouldn’t endure so many ads, and this is precisely the reason the quality of TV series has improved a lot; so much so that in video quality and format, they are no less than a movie.

Difference between TV Series and Movies

1. Any time a person tries to enjoy a TV series, he can instantly feel that he is being used and things are being marketed to him. TV is always trying to sell things to the viewer which is not the case with movies where the person can sit back, relax and enjoy the medium for the full length of the movie. TV series puts you in a trance where you are more receptive to subtle suggestions that are insinuated time and again.

2. TV series are mostly based upon concepts that are selling at the moment where as movie makers try different things which is a reflection of their creative talent.

3. Cost wise, TV series have become as much costly as movies these days as more money is being pumped to make them.

4. TV series run in synch with times and they can be very long compared to movies. While movies have a set duration of 1.5 to maximum three hours, TV series are unlimited in this sense as there are some shows that are running for years.

6. In terms of reach, TV series score over movies as TV is one medium that has penetrated deep and is present in even remote areas of the country. 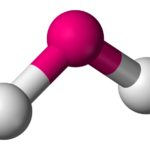 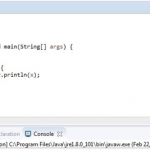