Tylenol and perocet are both acetaminophen containing drug used to relieve pain. Perocet in combination with oxycodone is a narcotic pain reliever whereas tylenol is both pain reliever and reduces fever. Both the drugs has been approved by FDA .Both of them show their analgesic effect due to their combination with paracetamol.

Tylenol 3 is a combination of 3 medicines- acetaminophen an analgesic and fever reducer, codeine narcotic analgesic and caffeine that acts as stimulant. It is used in the treatment of many conditions such as headache, muscle aches, arthritis, backache, toothaches, colds, and fevers. Tylenol should be taken at a dose recommended by the doctor as lower than that may not have any beneficial effect. A dose larger than recommended may affect the liver. Anyone taking alcohol should inform the same to the doctor before taking the medication.

It is an analgesic used to treat severe to acute narcotic pain. It contains a combination of acetaminophen and oxycodone. It is synthesized from opium derived thebaine and hence has side effect which may impair persons thinking or reactions and hence should be careful while driving and other such tasks. Its overdose can cause liver damage and also increases its risk in people taking alcohol.

Both the drugs are proven analgesic. However, their usage depends on the symptoms and severity of the pain. Abuse of both the drugs can cause liver problems and hence alcohol consumption should be avoided.

Difference Between Nuvigil and Provigil 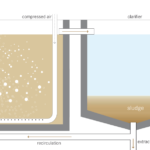