Shirt, Undershirt, and T-shirt are some of the names that are commonly used for upper apparels used by men and women in different parts of the world. There are also locally used words for uppers such as vest, tank top, tee, and wife beater (jokingly) that describe same or similar clothing items. There are many who confuse between a T-shirt and an undershirt though there are perceptible differences between the two. This article attempts to differentiate between the two uppers worn by both men and women.

Also, known as vest in many places, especially commonwealth countries, an undershirt is meant to be worn under a shirt as it is sleeveless, and made of a thin, cotton material. Undershirt is a word more common in US and Canada. In India, it is called vest and worn because of the comfort it provides to the user in hot and humid conditions. It can be considered a sleeveless T-shirt that appears to be casual wear. Male and female athletes wearing short sleeveless uppers while running wear tank tops that also classify as undershirt.

Perhaps, T-shirt is the most used garment that is also most versatile as it is worn by both genders and people of all ages so that you see an infant wearing a T-shirt and a senior wearing it casually while strolling outside his home in mornings. Some people consider it to be a sub category of shirts though it does not have buttons and does not have a collar like a shirt. T-shirts are always round neck, and those having collar are referred to as Polo shirts or simply Polo.

Difference Between Cotton and Linen 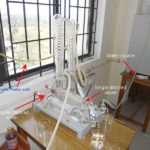 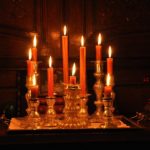 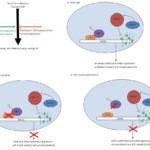