Vertebrate animals have their unique backbone with the spinal cord. The backbone is a column of vertebrae, which are parts of their internal skeleton. The skeleton could be either bony or cartilaginous. Among members of the Chordates, they are the largest group including Birds, Mammals, Fish, Amphibians, and Reptiles. Their spinal cord runs along the body between cranial and caudal regions with a hollow tube of nervous tissue called spinal cord. Vertebrates have a bilaterally symmetrical bodies. The most important feature of the vertebrates is the well-developed brain covered by the bony structure called skull. Their respiratory systems function with either lungs or gills for gas exchange between the animal and the environment. Sometimes, there are other gas exchanging surfaces viz. oral cavities and skins have been important, especially in amphibians. The vertebrate digestive system is a complete one starting at the mouth and ends after rectum. This gastro intestinal tract lies ventrally to the spinal cord. Additionally, the mouth opens anterior, and the anus opens from the posterior end of the body. The circulatory system is a closed one with a ventrally located heart. Those are the major characteristics of vertebrates.

Invertebrates are simply the animals without a backbone. Invertebrates are a large group of animals that consist of more than 97% of all the animal species with a broad collection of animals including many Phylas and Subphylas. Sponges, coelenterates, echinoderms, Annelids, Molluscs (Squid, Octopus, Snails, Bivalves), and Arthropods are all belong to invertebrates. Some invertebrates such as Insects and many Molluscs (mollusks) have external skeletons, while others do not. Because of the lack of a supportive system, most of the invertebrates are smaller. The nervous system is extremely diverse among invertebrates ranging from loosely organized hydra nerve net up to sophisticated cephalopod brains. Feeding in invertebrates is mostly parasitic as well as other heterotrophic habits, and their systems are very simple. Sometimes there is only one opening for both feeding and defecation. Circulatory systems are open in many instances, and the heart is dorsal. Their respiratory systems are extremely diverse that starts from simple diffusion. Invertebrates demonstrate both radial and bilateral symmetry in their body organization. All those discussed characteristics of invertebrates have great diversification among them. 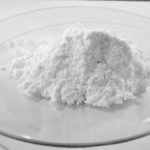