Home / Language / Grammar / Difference Between Yet and Still

As still and yet are two words in the English language that are often confused when it comes to their usage, it is very important to know the difference between yet and still. If not we could make blunders while using the English Language. Strictly speaking these two words, still and yet, are different from each other in terms of their meanings and usage. Both are used as adverbs. Yet is also used as a conjunction. Nevertheless, still is used as a noun, adjective and verb apart from being used as an adverb. Now, let us have a detailed look at the difference between yet and still.

What does Yet mean?

According to the Oxford dictionary, yet is used in several occasions as an adverb. It is used to give the following meaning, “up until the present or a specified or implied time; by now or then.”For example,

Haven’t you gone to the stables yet?

I have yet to find the mystery.

I have not finished baking the cake yet.

As an adverb, yet is also used to say ” still; even (used to emphasize increase or repetition).”

“Crows, crow, and yet more crows. How am I to have a harvest this way?”

Under his bed, I found yet another cigarette butt.

As a conjunction yet is used to say, “but at the same time; but nevertheless.”

It was still raining, yet I walked home without an umbrella.

What does Still mean?

Still is used as an adverb, adjective, noun and verb in English language. Oxford dictionary explains all of these uses. As an adjective, it gives the meaning ” not moving or making a sound.”

Her still body was found at the end of the road.

He remained still, hidden behind a bush until the thieves left.

Still as a noun says “deep silence and calm; stillness.”

The still water made it easier for her to see her face on the lake.

Verb still too speaks of stillness. It denotes the meaning, “make or become still; quieten.”

The shouting stilled with the arrival of His Majesty.

As an adverb still too carries a similar meaning to yet. “Up to and including the present or the time mentioned; even now (or then) as formerly,” is the meaning given by still as an adverb.

He still drinks tea from the saucer.

When I came in it was still snowing.

What is the difference between Yet and Still?

A difference in the position of the two words, yet and still, can be seen when they are used as adverbs in sentences. The word still is usually used with the verb in mid-position as in the sentence,

It is still raining.

On the other hand, the word yet is put at the end of the sentence. This is the main difference between the two words. Observe the sentence,

Has the milkman come yet? (adverb)

In this sentence, the word yet is indeed used at the end of the sentence. Observe the two sentences:

Is Francis back yet? (adverb)

Please don’t eat these mangoes. They are not ripe yet. (adverb)

I still think you can improve.

Are you still writing?

It has not come yet.

• Yet and still are used to talk about actions and events that are going on around in the present when used as adverbs.

• Yet is used as an adverb and a conjunction.

• Still is used as an adverb, adjective, noun and a verb.

Difference Between Had Been and Have Been 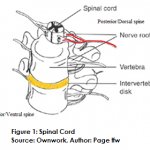