Home / Technology / IT / Applications / Difference Between Zapier and IFTTT

1. Overview and Key Difference
2. What is Zapier
3. What is IFTTT
4. Side by Side Comparison – Zapier vs IFTTT in Tabular Form
5. Summary

Zaiper is a web based automation application that can help you build apps and automate part of your life or business. Zaiper is capable of supporting hundreds of applications. Zaiper was started in 2011 in Columbia Missouri. After an initial rejection, they built their initial prototypes that consisted of 25 apps. This was accepted by Y Combinator, a startup seed accelerator. Zaiper now has its headquarters in Mountain View California.

The apps that are build using Zaiper are called Zaps. Zaps contain a blueprint of the task that needs to be done over and over. The Zap will contain a trigger and an action for the specific trigger. You can mix, match and trigger about any task with Zaps automated actions.

Zaps are lightweight and can be easily setup. You can get as much granularity as you would need. You can pick what trigger service should correspond with the actions. You can use custom fields and static text as well. It can start the workflow by picking up a trigger that initiates the workflow. The routine tasks will be completed using the workflow. You can create Zap workflows by filling in the blank forms in web pages.

Zaiper also provides workflows for automated use of web applications. It can operate as the translator between the web API.

Zaiper is capable of keeping web content constant across web applications. Usage examples are Dropbox and Evernote. Visual web pages can be wired together with favorite applications like Slack and Yammer. Zaps can be used with The Web to integrate with many other web applications.

There are many wonderful websites and apps on the internet. You may have experienced many difficulties in managing them and completing basic tasks. There is an app tool that can help in automating services for all your internet-connected things. It is known as IFTTT.

The IFTTT mobile app and website were launched in 2010. IFTTT can be used to automate apps, websites, smart devices and app-enabled accessories. IFTTT is now able to support over 110 services. It includes Android devices and IOS apps on Apple and works with websites like Facebook, Instagram, Feedly, Foursquare, Sound Cloud, and WordPress.

IFTTT basically is an automation algorithm that connects several internet devices and tools together. You will need to sign up for an account on the IFTTT website. It uses only a one step process and requires an email, username, and password. IFTTT will create a recipe. Recommended recipes will be sent to your email inbox each day. IFTTT will show you a recommended dashboard thereafter.

You will see links to create custom recipes and can also browse for predefined recipes created by other IFTTT users. You can also delete, turn off, or edit a recipe that was added.

IFTTT is not very user-friendly although it has been simplified. It is in the process of trying to further simplify itself. IFTTT has also launched a feature called Do. It is easy to make Android and iOS apps recipes for web tools as simple as a button touch. New apps include Do Camera, Do button and Do Note and are basic.

The Do button allows you to connect with internet tools and make your smartphone function as a shortcut in its operations. With Do camera, you can automatically post photos on Facebook and Twitter or upload to your cloud storage as soon as you snap a shot. You can even send a photo via email or message automatically. Do Note, on the other hand, is focused on sending quick notes. You can add them to Google calendar or email the notes to yourself.

The Do apps help you to do daily tasks with a simple tap of a button helping you to control your web tools in an easier way. You can also program Do apps to use voice commands as the trigger.

What is the Difference Between Zaiper and IFTTT?

When we have a closer look at the integration battle between these two applications, there is no clear winner. There is a difference between Zapier and IFTTT based on its features, complexity, and integrations. Zaps consist of over 500 integrations, and you will have a better chance of finding the app that you are using. IFTTT is simple and mobile. It can support mobile devices better. Zaiper is the ideal automation software for professional use while IFTTT is the best for easy and casual use.

Difference Between Google+ Hangout and Skype

Difference Between Photoshop and Lightroom

Difference Between Email and Gmail 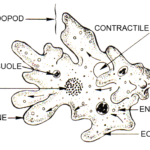 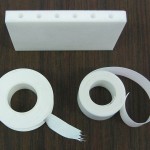 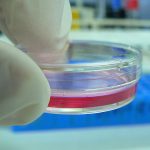 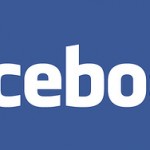