Power is a measure of the rate of energy flowing through a conductor. The power delivered from an alternating current source is also alternating, and it is known as AC power. The power delivered from a direct current source is not changing with time, and it is known as DC power. The characteristics of AC power through components can vary significantly from the characteristics of the DC power applied to the same circuit or components.

AC power sources are the widely used power sources in the world. The foundations of AC power were laid by American scientist Nikola Tesla in the late 19th century. After a long debate over the safety and reliability, AC power has become the main source of power for both household and industrial machinery.

An AC supply delivers a current and a voltage which has sinusoidal waveform. Therefore, the power (or the energy delivered per unit time) is not a constant throughout the time. Both voltage and current, corresponding to their sinusoidal waveform, have a peak value (VP) and a minimum value.

It is not reasonable to use either of the above given values to represent an alternating voltage or current. The average over a cycle of the sinusoidal form gives zero power; hence root mean square values (RMS) are used to represent alternating currents and voltages (VRMS and IRMS). The voltage rating of power main, either 110V or 230V, is the RMS value of the voltage.

AC power has become the predominant source of power, because AC power can be transmitted at very high voltages and low currents for long distances. The characteristics alternating nature of AC minimizes the energy loss due to resistance in the conductors when transmitted over longer distances. Therefore, output AC voltage from the power generator is amplified through transformers to a very high voltage with a very low current, but keeping the power constant. In the grid substations, an AC voltage is stepped down and distributed to industry and households.

DC power was the most predominant form of power used in the 19th century, where Thomas Alva Edison led the way to industrializing the usage of electricity.

Power delivered from a Direct Current source is known as DC power. Voltage and the current across a circuit or a component do not vary under stable conditions in a DC power system. Therefore, the time rate of energy delivered by the source remains unchanged. The relation between the direct current and the voltage is given by.

Most of the common electronic devices from computers, stereos, and TVs use DC electricity for their operation. Therefore, AC from the power mains is rectified using diodes or other rectifiers, and converted into DC electricity.

Difference Between Dynamo and Generator

Difference Between Capacitor and Inductor 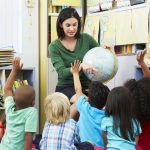 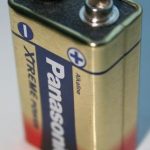