Home / Technology / IT / Programming / Difference Between Ajax and jQuery

Ajax and jQuery are two web programming languages, developed to provide a user-friendly, efficient, and attractive environment on the web pages. The key difference between Ajax and jQuery is that the jQuery is more like a Frame Work, which is built using JavaScript while Ajax is a technique or a way of using JavaScript for communicating with the server without reloading a web page. jQuery uses Ajax for many of its functions. Ajax and jQuery go hand in hand, and it is hard to compare both languages as they are often used in conjunction to each other.

jQuery is a client-side standard scripting library that provides nice functionalities. The main purpose of jQuery is to make easy the use of javaScript on the website. jQuery simplifies a large piece of javascript code of a method to a single line of code. jQuery wraps down and simplifies much complicated Ajax calls and DOM. Part of the functionality of jQuery implements a high-level interface to do AJAX requests. jQuery detects the action of the user and modify the elements on the web page accordingly. jQuery performs all the work on the front end dynamically. Therefore, whenever we need an AJAX call, we need to use jQuery.

AJAX stands for Asynchronous JavaScript and XML, and it is a technology that is used to do XMLHttpRequests by jQuery. It uses javascript to construct an XMLHttpRequest using different techniques on various browsers. AJAX is a way of sending data and information between the browser and the server without refreshing the web page. When working with AJAX, every single step needs to be programmed in doing an AJAX call. AJAX is a very powerful tool but it cannot be utilized with simple HTML. To use AJAX, you need to have a scripting language. Whenever an AJAX call is made, a new connection to the server is made. Therefore, heavy usage of AJAX functions often cause server overload.

What is the Difference Between Ajax and jQuery?

Ajax and jQuery are different languages, used to develop web interfaces, and there are certain important differences between the two languages.

jQuery: jQuery is a lightweight language that mainly targets the interaction of the HTML elements

Ajax: Ajax is a powerful tool that cannot use HTML because it is a simple tool.

Ajax: Ajax does not reload the page after once it is loaded.

Ajax: Ajax is a combination of several other technologies such as CSS, JS, HTML and DOM, which provides a lot of new functionalities.

jQuery: jQuery can be accessed through front-end.

Ajax: Ajax should be addressed in a proper procedural manner in order to receive data from the server.

jQuery: When working with jQuery there is no chance of server overloading.

Ajax: Heavy usage of Ajax often leads to server overload due to an increase in a number of connections at each time when Ajax calls happen.

When making interactive web interfaces, jQuery and AJAX are two most commonly used different technologies. These will also help to make the web application work in an effective and attractive manner. Ajax and jQuery are equally important, and it is hard to compare each other since jQuery and AJAX are often used in conjunction with each other.

Difference Between Struts and Spring MVC

Difference Between Struts and Struts2

About the Author: Dina 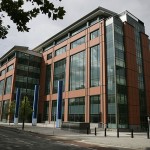