Home / Others / Difference Between Algebra and Calculus

Algebra and calculus are two different branches of mathematics, both deals with different mathematical functions, and we cannot decide that which one is more important. Algebra is simple to understand and can be used in everyday life, but calculus being complicated has its applications in professional fields only.

Algebra is a branch of pure mathematics, which deals with operations and relations of mathematics, and their respective rules. It focuses on different rules, and what is the outcome when operations are derived from other things, except numbers. Abstract Algebra, Linear algebra, Universal algebra, algebraic geometry and elementary algebra are few further branches of algebra. Elementary algebra is the basic form of algebra and usually student study elementary Algebra at very early stage of study, but at that stage they are concerned with different algebraic symbols only, which are used to express specific entities, which may be variable or constant. For instance, number are expressed by symbols, like x and y. This usages of symbols is very useful as it helps is formulation of laws and reference to unknown numbers is very easy through symbols.

Calculus is another branch of mathematics, which deals with the function, limits, derivative and integrals and infinite series. Differential calculus and integral calculus are two further branches of calculus. As geometry is study of shapes, calculus is study of change, so it is an integral part of modern mathematics syllabus. The basic rule on which calculus operates is the “rate of change, which helps us to determine that how one variable will change in relation to others. It has its applications not only in science, economics and engineering but also in biological and physical science, when parameters like temperature and pressure needs to be calculated and when cost of production, supply and demands and other such analysis need to be done.

Algebra and calculus are branches of mathematics, which are used for different calculations, sometime individually and sometimes we use them together.

Algebra is considered as one of the old branches of mathematics, where as calculus is a modern one, so it has answers to the modern mathematical issues.

Algebra is an everyday mathematics, but calculus is used in complicated engineering problems.

As elementary algebra teaches the basic of algebra to the high school students, for calculus there is no primary level, it has very complex relations, right from the beginning.

Calculus is different subject to understand, where as Algebra is much simpler. These two are different from each other as calculus is the study of change and Algebra deals with the relations. Algebraic rules are old but still applicable, whereas Calculus is a modern day mathematics.

Calculus and algebra are different from each other, one is concerned with relations and other measures the rate of change, but even than like other branches of mathematics, they are inter-related and sometimes used in collaboration to solve certain problems. Algebra is an easy to understand subject, while calculus is complicated for elementary students.

Difference Between Domain and Range

Difference Between Miracle and Magic

Difference Between Tube and Pipe 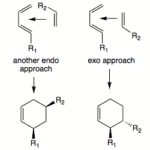 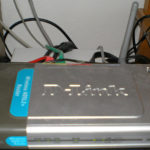 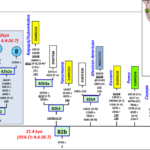