Since andragogy and pedagogy are two teaching methods that are very popular, it is helpful to know the difference between pedagogy and andragogy, especially to those who are in the field of education. Andragogy is the subject that studies adult learning methodologies in their entirety, whereas pedagogy is the traditional method of teaching, which is a method of describing how children learn. Though there are some similarities in adult and children learning, there are many differences as well that need to be highlighted for those who are involved with such studies. Therefore, this article presents to you the difference between pedagogy and andragogy.

Educationists know that methods used to make adults learn some concepts are totally different from the methods that are used to make kids learn. This understanding has given way to methodologies known as andragogy and pedagogy. The strategies that focus on adults and are concerned with making them learn more effectively and efficiently form the subject matter of andragogy. Though the concept was put forward by German educationist Alexander Kapp way back in 1833, it was formally turned into a subject of adult learning by Malcolm Knowles of US.

There are some basic assumptions in this theory that form the backbone of adult learning. For example, there is an assumption that adults are more interested in learning concepts that are relevant to their work and personal lives. Adults require internal motivators rather than external ones. Learning new concepts requires experience that also includes errors. Adults can be more responsible than kids in monitoring their evaluation.

To summarize the whole point, as the Oxford dictionary says, andragogy is “The method and practice of teaching adult learners; adult education.”

Pedagogy is based on the study of the learning process in children and includes methodologies and strategies that are being used to impart education to kids. It refers to instructive theory and teachers to not just learn their subject, but also the methods that are necessary for imparting education in their subject. Definition for the Oxford English dictionary for the word pedagogy is as follows:

“The method and practice of teaching, especially as an academic subject or theoretical concept.”

What is the difference between Andragogy and Pedagogy?

• Andragogy is the method and practice of teaching adult learners.

While learners are called participants in andragogy, they are labeled students in pedagogy.

• Instructors are called facilitators or trainers in andragogy while they are called instructors or teachers in pedagogy.

• Pedagogy is dependent upon the style of the instructor while andragogy is an independent learning style.

• Pedagogy has predetermined objectives that are fixed while objectives in andragogy are flexible.

• Learners influence timing and pace of learning in andragogy whereas instructor controls these factors in pedagogy.

Difference Between MBA and MA

Difference Between Seminar and Conference

Difference Between Conceptual and Theoretical Framework

Difference Between Appendix and Annexure 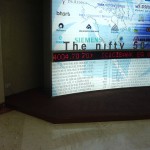 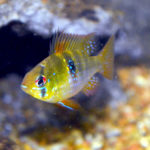 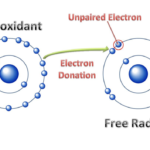