Apple iPad 2 is the second generation iPad fro Apple. Apple the pioneers in introducing the iPad have made further improvements to iPad 2 in design and performance. In comparison with iPad, iPad 2 gives a better performance with high speed processor and improved applications. The A5 processor used in iPad 2 is 1GHz Dual-core A9 Application processor based on ARM architecture, The new A5 processor’s clock speed is twice as faster than A4 and 9 times better on graphics while the power consumption remains same. iPad 2 is 33% thinner and 15% lighter than iPad while the display is same in both, both are 9.7″ LED back-lit LCD displays with 1024×768 pixel resolution and use the IPS techology. The battery life is same for both, you can use it up to 10 hrs continuously. The additional features in iPad 2 are the dual cameras – rare camera with gyro and 720p video camcorder, front facing camera with FaceTime for video conferencing, a new software PhotoBooth, HDMI compatibility – you have to connect to HDTV via Apple digital AV adapter that comes separately. iPad 2 will have variants to support both 3G-UMTS network and 3G-CDMA network and will release the Wi-Fi only model also. iPad 2 is available in black and white colors and the price varies depending the model and storage capacity, it ranges from $499 to $829. Apple also introduces a new bendable magnatic case for iPad 2, named as Smart Cover, which you can purchase separately. 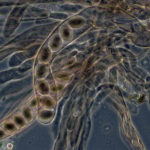 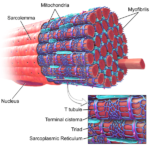