Ghana and Mali are two countries in the continent of Africa. But the reason why people, especially historians are interested in knowing the differences between Mali and Ghana is because the two happen to be one time empires in Western Africa. Along with Songhai, the three trading empires ruled the world between the 4th and the 16th centuries. Perhaps this is why Africa is said to be the cradle of all civilizations. It is a fact that human civilizations not just developed but flourished in the form of Ghana and Mali empires in Western Africa much before Europeans set their foot in Africa. For their own benefit, Europeans falsely publicized the fact that Africa was uncivilized, and tribal wars raged there. However, the world now knows that Ghana, Mali, and Songhai were giant trading empires in medieval Africa. This article attempts to highlight the differences between the two erstwhile great empires Ghana and Mali.

Ghana is a West African country bordering the Gulf of Guinea. But the Ghana Empire that developed around 300 A.D covered a much larger area comprising modern Ghana, Mali, Senegal, and Mauritania. Gold is believed to have been the main reason for the flourishing of this empire and the empire imported most of the goods such as clothes, salt, copper, brocades. Camel was the lifeline of this empire as it could travel in the desert area without food and water for many days at a stretch. The trade was controlled by the ruler of the empire by taxing traders. Salt in those times was as precious as gold.

The decline of Ghana Empire started in the 11th century as there was factionalism and internal warfare within the tribes. The empire was also invaded by Almoravids from the northern border.

Mali is a large country in West Africa that is shaped like a butterfly. The emergence of the Mali Empire in the 11th century took place with the attack of the Almoravids on the Ghana Empire. Mali Empire was built upon the ruins of the Ghana Empire. The capital of the Empire was Djeriba but later shifted to Niani. Eventually, Mali became the capital of the empire. Mali empire flourished being close to the River Niger. The Empire was famous for various activities like agriculture and livestock. The empire was known for a flourishing trade with other countries with gold being used for trading other items such as salt, jewellery, leather, tools, and even slaves.

Within two centuries, the Mali Empire flourished to such an extent that it became much more powerful than the earlier Ghana Empire. Attacks from Songhai and Portuguese coming over to Africa led to a decline of the Mali Empire.

• Mali Empire and Ghana Empire are two of the three powerful empires that flourished in Western Africa in the medieval period, the third being Songhai Empire.

• Mali Empire was built upon the ruins of the Ghana Empire.

• Mali was more powerful and had a greater extant in terms of territories held.

• Both Empires made use of Gold to trade with other countries.

• Mali Empire was more international in nature than Ghana Empire and had contacts with many other countries of the world.

Difference Between OAU and AU

Difference Between Hutu and Tutsi 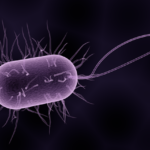