Google is one of the most dominant companies in the world and offers a wealth of services to the world. However, the catch is that these services are free and hence they can withdraw these services at any time. This sentiment resurfaced when Google decided to kill Google Reader and push it in to their graveyard with many other cool services like Google Buzz. The company has the sole right to exercise a closure, and it’s not like anybody can get a court indict Google against it; however, this certainly poses the question of adapting to new services offered by Google other than their core services. For instance, Gmail and Search is not going to be shutdown anytime sooner, neither Android as an operating system will be shut down in the foreseeable future. So for the purpose of this comparison, we don’t have to go in to detail, but we certainly have concerns for Google Keep which is a new piece of software Google has introduced for Android among many other such apps that are less heard of. Other than Google killing the apps, one other thing that kills apps is the scalability. When the smartphones become tablets and the tablets become smartphones, it certainly places a big burden on the developers shoulders in order to not to let their apps to get pushed in to the graveyard. To prove our point, we are going to compare a tablet that has become a smartphone against a budget tablet that caught the market by fire. This stage is open for the battle between Asus FonePad and Asus Google Nexus 7.

Asus FonePad and Asus PadFone are often mistaken as the same device. The difference is that the FonePad being a tablet emulates a smartphone while the PadFone being a smartphone emulates a tablet through an external HD display panel. We’ll be talking about the FonePad and how much attention Asus has given it. As you may have known, FonePad is powered by Intel Atom Z2420 processor that is clocked at 1.2GHz. The GPU is PowerVR SGX 540 while it also has 1GB RAM. Android 4.1 Jelly Bean governs the underlying hardware and offers fluid functionality. We are curious so as to what made Asus to use an Intel Atom single core processor instead of the Snapdragon or Tegra 3 variants. It also presents us the chance to benchmark it against the performance of those aforementioned chipsets.

Asus FonePad has 7.0 inches IPS LCD capacitive touchscreen display panel featuring a resolution of 1280 x 800 pixels at a pixel density of 216ppi. While this doesn’t feature the high end pixel density, the display panel doesn’t seem to pixelate at all either. One can see a striking resemblance to the Google Nexus 7 when looking at the Asus FonePad and rightfully it is the case. Given Asus manufactured the Google Nexus 7, they certainly have made it more or less like Google’s maiden tablet. But Asus has decided to use a smooth metal back in FonePad which gives it a sense of elegance compared to the plasticky feeling in Nexus 7. As pointed out in the introduction, Asus FonePad offers the GSM connectivity emulating the functions of a typical smartphone. It also comes with 3G HSDPA connectivity along with Wi-Fi 802.11 b/g/n for continuous connectivity. You can also create a Wi-Fi hotspot using FonePad and share your internet connectivity with friends. It comes with 8GB or 16GB internal storage with the ability to expand using microSD card up to 32GB. It also comes with a front facing camera of 1.2MP for video conferencing and Asus may include a 3.15MP back camera for certain markets. It’ll come in Titanium Gray and Champagne Gold colors. Asus also promises a talk time of 9 hours with the 4270mAh battery they have included in FonePad.

Asus Google Nexus 7 is known as Nexus 7 in short. It is one of the Google’s very own product line; Nexus. As usual, Nexus is designed to last till its successor and that means something in the rapidly changing tablet market. Nexus 7 has a 7 inch LED backlit IPS LCD capacitive touchscreen that features a resolution of 1280 x 800 pixels at a pixel density of 216ppi. It is 120mm wide and 198.5mm in height. Asus has managed to make it thin as much as 10.5mm and rather light with a weight of 340g. The touchscreen is said to be made from Corning Gorilla Glass which means it would be highly scratch resistant.

Google has included a 1.3GHz quad-core processor on top of Nvidia Tegra 3 chipset with 1GB of RAM and ULP GeForce GPU. It runs on Android 4.1 Jelly Bean which would make it the first device to run on this newest Android operating system. Google states that Jelly Bean is specifically developed to enhance the performance of the quad core processors used in this device and hence we can expect a high end computing platform from this budget device. They have made it their mission to eliminate sluggish behavior and it seems the gaming experience is highly enhanced, as well. This slate comes in two storage options, 8GB and 16GB without the option to expand storage using microSD cards.

The network connectivity for this tablet is defined by Wi-Fi 802.11 a/b/g/n only which can be a disadvantage when you can’t find a Wi-Fi hotspot to connect. This won’t be much of a problem if you live in a country that has a wide Wi-Fi coverage. It also has NFC and Google Wallet, as well. The slate has 1.2MP front camera that can capture 720p videos and can be used for video conferencing. It, basically, comes in Black and the texture on the back cover is developed specifically to enhance the grip. Another attractive feature is the introduction of enhanced voice commands with Jelly Bean. This means Nexus 7 will host a Siri like personal assistant system which can answer your question promptly. Asus has included a 4325mAh battery that is guaranteed to last for 8 hours and that would give it enough juice for any general use.

A Brief Comparison Between Asus FonePad and Google Nexus 7

This comparison was based on two products by Asus and one of them was made for the request of Google. It was imminent that the characteristics from one product would make an appearance on the other, as well. As such, we can see a striking resemblance to Asus Google Nexus 7 in Asus FonePad when we look at the outer shell. They are almost the same size and look more or less the same with the same design elements. Asus FonePad has a striking metal back differentiating it from the Google Nexus 7. However, the inside couldn’t have been more different. Asus has decided to use Intel Atom single core processor in their new FonePad which can be considered as a leap of faith. We are yet to find out how well a single core Atom performs against multiple core NVidia Tegra 3, but we do expect an acceptable performance level. In that aspect, it’ll be better if you can wait for some more time before you make your purchasing decision. The price points are at the similar junctures while FonePad’s ability to act as a giant smartphone in your hand may topple your balance against one another.

Difference Between Asus FonePad and PadFone 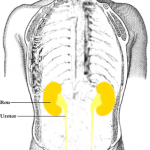 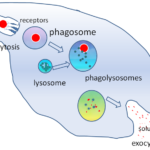 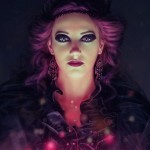