What is Atomic Mass?

Atoms are mainly composed of protons, neutrons and electrons. Atomic mass is simply the mass of an atom. In other words, it is the collection of masses of all the neutrons, protons and electrons in a single atom, specifically, when the atom is not moving (rest mass). Rest mass is taken because; according to the fundamentals of physics, it has been shown that when atoms are moving at very high velocity the masses increase. However, the mass of electrons is considerably very small compared to the masses of protons and neutrons. So we can say that the electrons’ contribution to an atomic mass is less. Most of the atoms in the periodic table have two or more isotopes. Isotopes differ from each other by having a different number of neutrons, even though they have the same proton and electron amount. Since their neutron amount is different, each isotope has a different atomic mass. If the average of the entire isotope mass is calculated, it is known as the atomic weight. Therefore, the mass of a specific isotope is the atomic mass in an atom, which has several isotopes.

What is Molar Mass?

This is the mass of a substance for a given amount. The SI unit for the molar mass is g mol-1. This gives the amount of the atoms/molecules/compounds present in one mole of the substance. In other words, it is the mass of Avogadro number of atoms/molecules or compounds. This is also known as molecular weight. However, in molecular weight, amount of molecules in one mole is determined. It is important to measure the weight of atoms and molecules in the practical scenario, but it is difficult to weigh them as individual particles, since their masses are very small according to the normal weighing parameters (Grams or kilograms). Therefore, to fulfill this gap and measure the particles in a macroscopic level, molar mass concept is useful. The definition of molar mass is directly related to the carbon-12 isotope. The mass of one mole of carbon 12 atoms is exactly 12 grams, which is its molar mass is exactly 12 grams per mole.  Molar mass of molecules containing the same atom like O2 or N2 is calculated by multiplying the number of atoms by the molar mass of the atoms. Molar mass of the compounds like NaCl or CuSO4 is calculated by adding the atomic masses of each atom. 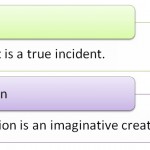 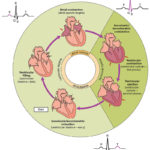