Microorganisms are a taxonomically diverse group of organisms. Microbes include bacteria, cyanobacteria, protozoa, some algae, fungi and viruses.

Bacteria were first observed in 1674. The name originated from the Greek word “small stick”. Bacteria are unicellular and typically few micrometers long. They have a diversity of shapes. They may occur as attached to surfaces. They form biofilms having different species. Their thickness can be a few micrometers to several centimeters. There are many shapes such as cocoid, bacilli, spiral, comma and filamentous. There is no membrane bound organelles. They lack a nucleus, mitochondria, chloroplasts, golgi bodies and ER. DNA is present in the cytoplasm, in an area called nucleoid. DNA is highly coiled. 70+ type ribosomes are present. Cell wall consists of peptidoglycans. Gram positive bacteria possess a thick cell wall with several layers of peptidoglycan. Gram negative bacteria cell wall has few layers surrounded by a lipid layer.

A smaller DNA molecule may also be present. It is called a plasmid. The plasmid is circular and contains extra chromosomal material. It undergoes self replication. They carry genetic information. However, the plasmid is not essential for the survival of the cell. Flagella are rigid protein structures used in motility. Fimbriae are fine filaments of the protein involved in attachment. Slime layer is a disorganized layer of extra cellular polymers. Capsule is a rigid polysaccharide structure. It is also called the glycocalyx. The capsule provides protection. It contains polypeptides. Hence it resists phagocytosis. Capsule is involved in recognition, adherence and formation of biofilms. Capsule is associated with the pathogenesis. Some produce endospores which are highly resistant dormant structures.

Yeast is a fungus. Fungi are eukaryotes. Most of which are multicellular with a vegetative body forming a mycelium, but yeast is unicellular. Fungi are always heterotrophic, and they are the major decomposers living on dead organic matter. Decomposers are saprophytes. They secrete extra cellular enzymes to digest organic matter and absorb the simple substances formed.

Classification of fungi is based on 2 main characteristic features. Those are morphological features of vegetative mycelia and characteristics and organs and spores produced in sexual and asexual reproduction. Fungi are classified into 3 main divisions Zygomycetes, Ascomycetes and Basidiomycetes. Yeast is a unicellular Ascomycetes fungus. It is a saprophytic fungus growing in sugary media. It is round or spherical or oval in shape. It contains a single nucleus. At the centre of the cell is a well marked vacuole with granular substances suspended in it. Normal eukaryotic organelles except chloroplasts are found within the cells. Lipid and volutene granules too are present. Surrounding the cell is a cell wall. No chitin is found in the cell wall. The common mode of asexual reproduction is budding. During sexual reproduction ascusspores within asci are formed, but no ascocarps are formed.

Difference Between Bacteria and Archaea 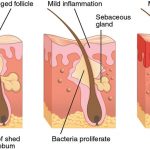 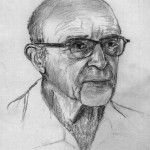