Let us first briefly look at the composition of blood, to understand the Difference Between  Basophil and Eosinophil clearly. Blood is mainly composed of white blood cells, red blood cells, platelets, and plasma. Plasma is the fluid part of the blood and represents more than half of blood’s volume. White blood cells make up about 1% of the entire blood volume, and red blood cells make up about 45%. The white blood cells or leukocytes are classified into cells with or without granules. Granular leukocytes include neutrophils, eosinophil and basophil and nongranular leukocytes include lymphocytes and monocytes. The key difference between basophil and eosinophil is that Basophils can stimulate inflammation responses by releasing heparin, histamine, and serotonin while Eosinophils provide important defense against parasites by phagocytosis and producing antihistamines.

Basophils are granular leukocytes with an S-shaped multi-lobed nucleus and are similar to the size of eosinophils. These cells stimulate inflammation responses by releasing heparin, histamine, and serotonin. Biologists believe that basophils are produced and matured in the bone marrow. Certain morphological and functional features of basophils are equal to mast cells, which are common in tissues. Basophils are hardly seen in the blood of healthy humans, because once they release, they circulate for a few hours in the blood and migrate to the tissues where they last a few days. Basophils have relatively few granules, which are water soluble. Therefore, identifying basophils in blood is quite difficult. However, when basic stains are used to identify, the cytoplasm of the basophils stain blue in color. 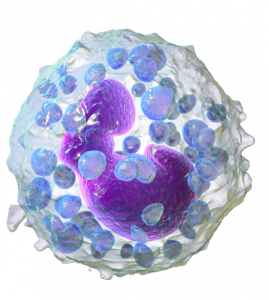 Eosinophils are bone marrow derived granular leukocytes with two-lobed nucleus. They provide an important defense against parasites by phagocytosis and produce antihistamines.  When acid stains are used, the cytoplasm of the eosinophil stains in red. Usually, 1% to 5% of white blood cells are eosinophils. Very low number of eosinophils are found in the blood circulation of healthy persons because these cells are primarily tissue-dwelling cells. 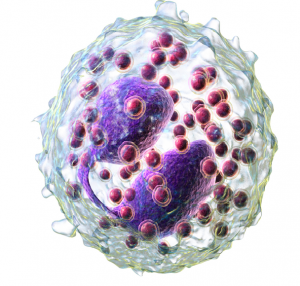 What is the difference between Basophil and Eosinophil?

Characteristics of Basophil and Eosinophil

Basophil: 0.5% or less of leukocytes are basophils.

Eosinophil: 1-5 % of leukocytes are eosinophils.

Difference Between EPA and DHA

Difference Between Genetics and Heredity

Difference Between Molting and Metamorphosis 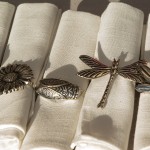 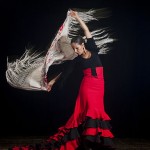 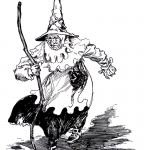